The noise of a Formula 1 engine could be as much as 25 per cent higher in 2016 because of exhaust regulation changes, says Williams technical chief Pat Symonds

The sounds of the cars has been heavily scrutinised since the new turbo hybrid power unit formula was introduced at the start of 2014.

Last year, the World Motor Sport Council approved changes that demand all 2016 cars to have a separate exhaust wastegate tailpipe through which all and only wastegate exhaust gases must pass.

Speaking at the Autosport International Show, Symonds said: "In the past, everyone has run wastegate pipes into the main tailpipe of the engine and what we have to do in 2016 is separate them.

"The wastegate on a modern turbo engine doesn't open very much.

"We have a motor generator attached to the turbocharger which is one of the ways we harvest waste energy and that controls the compressor speed rather than using a rather inefficient wastegate.

"So we really try not to open it very much. In race trim, it's hardly ever open and in qualifying, we open it a bit.

"You might think, if you're not opening the wastegate, you won't hear much difference but that is not quite true.

"Because there is a pipe joining the wastegate and main tailpipe, it acts as a side branch resonator. Fancy name, what does it mean?

"It means actually even with the wastegate closed, it acts like a silencer in the exhaust.

"Getting rid of that means it'll be a bit louder.

"In terms of what you will perceive, with the wastegate closed, you'll perceive it is around 14 per cent louder.

"With the wastegate open, it'll actually be 20-25 per cent louder, so quite significant.

"We haven't heard these on the circuit yet, but I think we may hear a few of the old signature noises from the turbos, the whistles and the pops - but we will have to wait and see about that one."

Since the new engines were introduced, the sound has gradually got louder through natural development and Symonds believes that will continue.

"This is a natural progression," he said. "A lot of the sound is a function of the cylinder pressure. 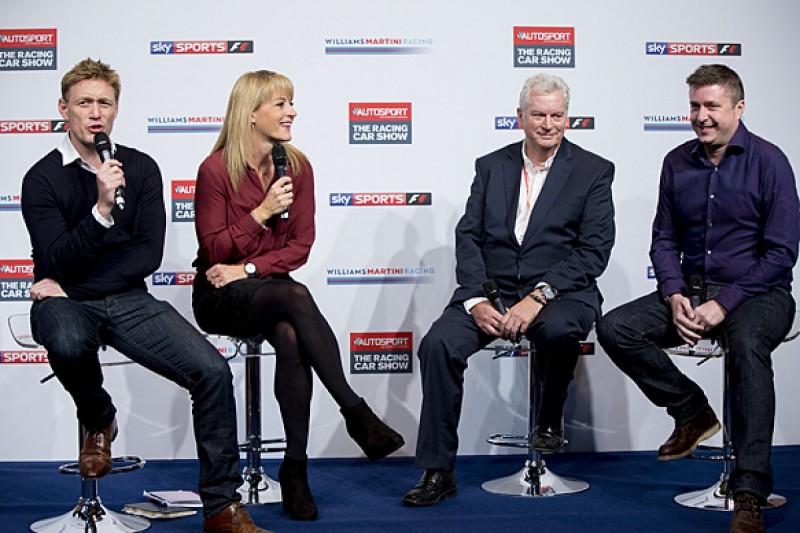