Towards the end of November, following separate meetings of the Strategy Group and F1 Commission in Paris, all concerned agreed to look at several key areas relating to power unit supply.

Specifically they were the guarantee of the supply of power units; the need to lower cost to customer teams; simplification of the technical specification, and an improvement in noise.

The manufacturers were given a January 15 deadline to provide solutions to the issues, with the aim for introduction in 2017 at the earliest, and 2018 at the latest.

Those proposals will be aired in a two-day meeting in Geneva next Monday and Tuesday.

Speaking to Autosport, Todt said: "I want to put people in front of their responsibility.

"As you know I asked the engine manufacturers to come back on some proposals to address some of my concerns over the powertrain.

"I've a meeting with them on Monday and Tuesday, so following proper governance I want to see where we end up.

"If I am unsatisfied with the situation for clear reasons, we will see what will be the next steps.

"Let's try and be optimistic and hope we are discussing with sensible people who understand the problem and who participate to solve the problem.

"Obviously I hope positive steps have been taken."

In early December, following a meeting of the World Motor Sport Council, Todt and commercial rights holder Bernie Ecclestone were given additional powers to make recommendations and decisions on key issues regarding F1's future.

Todt is eager to see what the engine manufacturers come up with before potentially exercising that additional power. 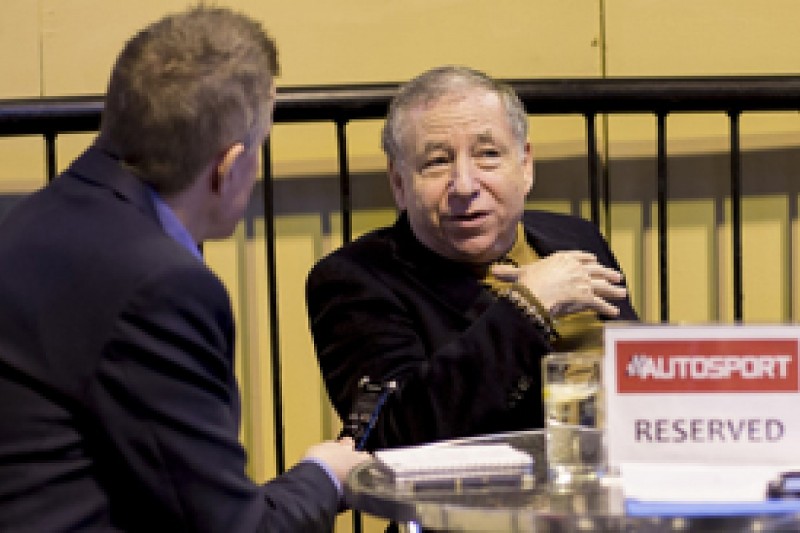 Todt has also made clear, though, he cannot go beyond certain boundaries, saying: "We have governance, so if we do something that is unacceptable by a third party then we would be sued.

"The FIA doesn't belong to me. I've been elected to run the organisation, and one of my clear priorities in the mandate is transparency and good governance.

"So I'm intending to fulfil my mandate in this manner.

"Clearly, we need to have these meetings, like next week, because as you know in Formula 1 people are locked inside their golden gates and they don't see what is happening elsewhere

"All the FIA experts have been working with them, so in light of those discussions I will get a proposal, but one that will be the fruit of discussions in which the FIA has been involved.

"We are not a spectator. We have been guiding, leading, sharing those meetings, and in light of that we are now expecting some outcomes.

"Bernie is the commercial rights holder, I am the president of one organisation that regulates and legislates, so I am taking my full responsibility.

"But I have to respect the governance that was in place before I was elected, which has been improved since I've been elected."