The British Grand Prix venue has activated a break clause in its contract, meaning a new deal must be negotiated for F1 to stay there from 2020.

Earlier this week F1's commercial managing director Sean Bratches hinted that the race could move away from Silverstone, its permanent home since 1987 and a regular F1 venue throughout the championship's history.

F1 chief Chase Carey made clear Silverstone has to justify its place on the calendar from 2020, without specifying whether the alternatives he mooted were a different British GP location - such as the often-mooted London street race - or giving its calendar place to another country.

"On ongoing negotiations and discussions, we've said in the past this is a sport that seems to like negotiating in public," he said.

"And I don't think that's the healthiest way to deal with things as partners. I don't think we want to provide a lot of 'inside the tent' commentary on active discussions.

"We value the Silverstone race, but we've got to get to a place that works for us. And those discussions are ongoing.

"There are always other options. We are continuing to develop an array of options.

"We're in a fortunate place right now that we have more places that want to have races than we can race.

"We'll make sure we are able to make the best decisions for fans and for racing and for us as a business. All those things matter, and we're actively engaged." 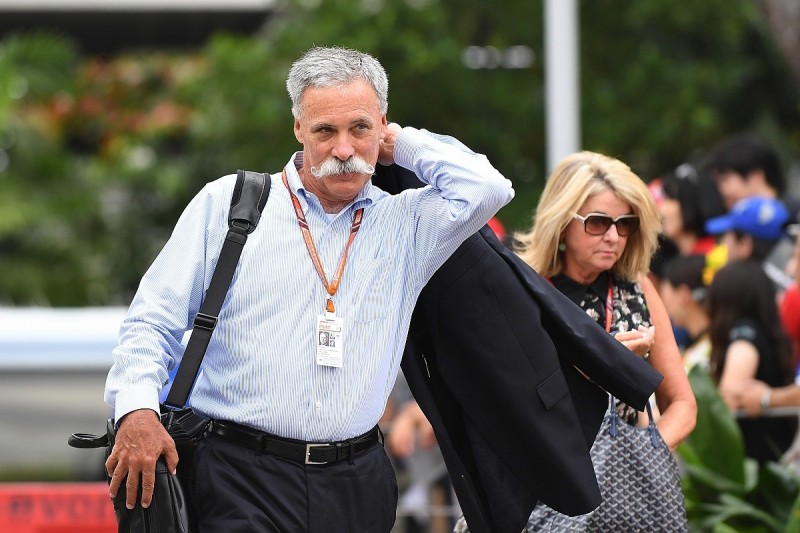 On Wednesday F1 announced a 2020 Vietnam GP, which is currently set to be the first new race under Liberty's ownership.

It originally looked like the proposed Miami street race would have that honour.

That plan has been postponed to at least 2020, though Carey stressed it was still an "active" project even though it was proving difficult.

"Miami is an ongoing process. There are a lot of parties involved, which is not uncommon when you get a street race," he said.

"You've got macro parties and micro parties that are interested. It's a time consuming process to navigate through all of those. I guess I'd say it's active."

"I think everybody in Miami thought it was a great experience, there was great energy, great excitement, 80,000 people, and almost all the comments we got were positive and excited about it," said Carey.

"It sort of helped to reinforce what we bring."

He insisted F1 had other options for a second American race.

"We're engaged in discussions elsewhere in the US, so it's not just Miami.

"But we think Miami could be a great signature event for us worldwide, not just in the US."