Hintsa was a specialist in orthopaedic and trauma surgery, whose pre-F1 medical career included stints in Ethiopia in the 1980s and 90s.

He joined McLaren in 1998, becoming physician and chief medical officer during an 11-year spell at the team.

He had been fighting cancer in recent months and last made an appearance at a grand prix earlier this year at Monza.

McLaren said in a statement: "It was with deep sorrow that we heard the news this morning that Dr Aki Hintsa had died.

"Aki had been fighting cancer with extraordinary courage in recent months, his indomitable spirit an inspiration to all who crossed his path.

"His last appearance at a grand prix was at Monza this year, where his warm smile and infectious chuckle were very much in evidence, despite the battle that was being waged within his newly slight frame.

"He was taken from us far too soon, aged just 58, but he packed more into his all-too-brief life than did many who lived almost twice as long.

"And, in so doing, he illuminated the lives of everyone he met, friendly and funny and kind and wise as he invariably was. 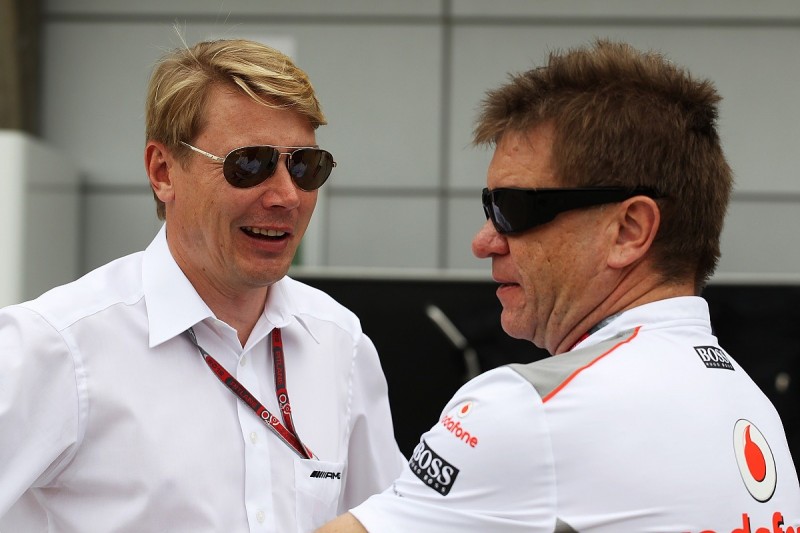 "Aki helped them [Hakkinen and Raikkonen] develop the mental and emotional strength to translate their mercurial talents into the disciplined performances that would result in many grand prix wins for McLaren and, in Mika's case, world championships in both 1998 and 1999," said the statement.

"Undoubtedly, Aki played a crucial role within Lewis's inner circle during his time at McLaren, and it was often to Aki that Lewis would turn first in times of stress."