Perez left it until last October to confirm he would be staying at Force India for a fourth consecutive year, after the conclusion of commercial agreements with the team.

The Mexican was heavily linked with a move to Renault for this season but committed to Force India, partnering Esteban Ocon who joined for 2016 on a multi-year deal.

Perez is believed to be on the radar of at least two other teams on the grid for a seat next season, but Force India team boss Vijay Mallya is keen to retain him.

"We have already commenced talks with him for the renewal of his contract," said Mallya.

"Checo is a highly talented and experienced driver. There's no question about that and I'm glad Esteban is pushing him."

Seats at Mercedes and Ferrari are potentially up for grabs in 2018, with Valtteri Bottas, Sebastian Vettel and Kimi Raikkonen out of contract at the end of the season.

Mallya said he would not stand in the way of his drivers if a top team came calling, but if such an offer is not forthcoming, he sees little reason for them to want to leave.

"I like to believe that my drivers are happy in this team," said Mallya. "We give them a good car to race. 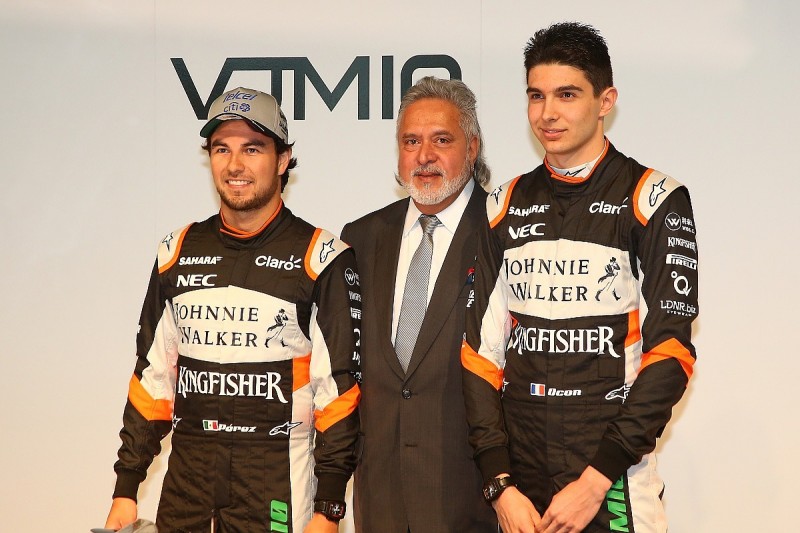 "If there is a Mercedes or a Ferrari seat, they'll obviously jump at the opportunity.

"I'm not going to stand in there way but other than that I think we have the best car.

"We give them an atmosphere where they are comfortable, they enjoy the team, their colleagues and they enjoy working together. What's the reason to move?"

Mallya echoed the thoughts of chief operating officer Otmar Szafnauer that Ocon has delivered quicker than expected since joining the team.

Ocon completed nine races for Manor last year before joining Force India, scoring points in nine of the 10 races so far this season, leaving him eighth in the drivers' standings.

"Esteban has come up to speed really well and is quicker than I thought - it's fantastic," said Mallya.

"We had a tough call to make over the winter about who our driver was going to be.

"There were only rookies available and we made the right choice. He's only going to mature and get better.

"You know that experience is hugely important, and the more experience he gets the better he's going to become.

"He has the talent, which has showed already. I'm happy we have him signed up on a multi-year contract, so I'm expecting regular point-scoring finishes from him."