The FIA's clampdown on "automatic" Formula 1 pitstops has been postponed from the Hungarian Grand Prix until the Belgian GP, the first race after the summer shutdown.

The delay comes after the governing body issued a new technical directive on the subject that replaces the original version. The delay in its introduction allows teams further time to make any necessary changes.

The new version takes away some of the minimum time requirements specified for different aspects of the stop sequence in the original TD, and which were based on human reaction times.

However, some time elements remain, and the FIA's goal is still to prevent teams from using automatic signalling in order to speed up their stops.

Teams have to demonstrate that the mechanic on each wheel gun manually presses a button that signals that the wheel is safely on, and also that the button cannot be held down.

The change comes following dialogue with some teams, notably Red Bull, which has consistently had the fastest stops in recent seasons.

"On the TD there was an update," said McLaren team principal Andreas Seidl. "Based on feedback that the FIA collected after they sent it out initially to the teams which makes sense from our point of view.

"The main objective from this TD was to make sure pitstops are done in a safe way and anticipate to stop bad things to happen. The second thing is also to ensure that we are also on a level playing field in terms of the application of the regulations, so we are happy with that.

Seidl added: "The door is open for further changes for next year." 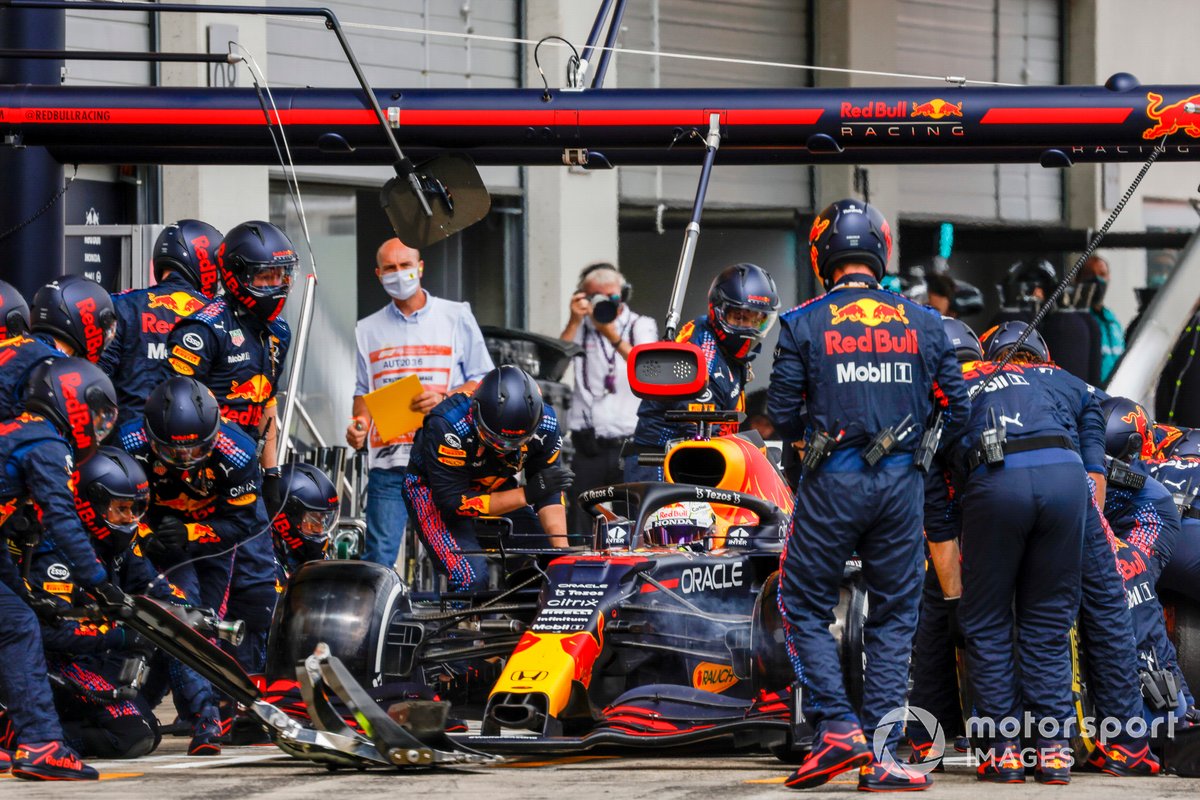 When the original TD was issued last month Red Bull boss Christian Horner suggested that stops were being over-regulated.

"You have to remember the responsibility is with a competitor that they have to have all four wheels securely fastened," he said. "And the penalty for not is to stop the car and have to retire the car immediately.

"So it is brutal, the result of not having those wheels properly fastened. But by introducing false delays and so on... It's been an exciting element, can a group of people change four wheels in less than two seconds?

"And we've demonstrated that with the world records that we've achieved, but you're going to dilute and take that away now."