Formula 1's fastest pitstops are set to be slowed down on safety grounds from the Hungarian Grand Prix, after a clampdown from the FIA.

Citing safety concerns, motor racing’s governing body has addressed complaints that the stops of some outfits are faster than can be achieved by following the current rules to the letter.

The suggestion is that some stop procedures may involve a higher degree of automation than is expected, and this has allowed teams to achieve record-breaking times.

F1’s technical regulations contain a reference to pitstops which states that sensors must act passively.

Article 12.8.4 is clear that: “Devices which are used to fit or remove wheel fasteners may only be powered by compressed air or nitrogen. Any sensor systems may only act passively.”

It is understood that the latter segment of this rule is what the FIA wants to ensure is being followed.

Although it is not thought that the FIA move is aimed at a specific outfit, the aim is clear that any reliance on automatic procedures opens the door for potential danger at the stops.

Therefore, in a note sent to all F1 teams ahead of the Austrian Grand Prix, it said that, from the Budapest race in August, teams pitstop procedures must have a tolerance built in that allows for human reaction times in signalling. 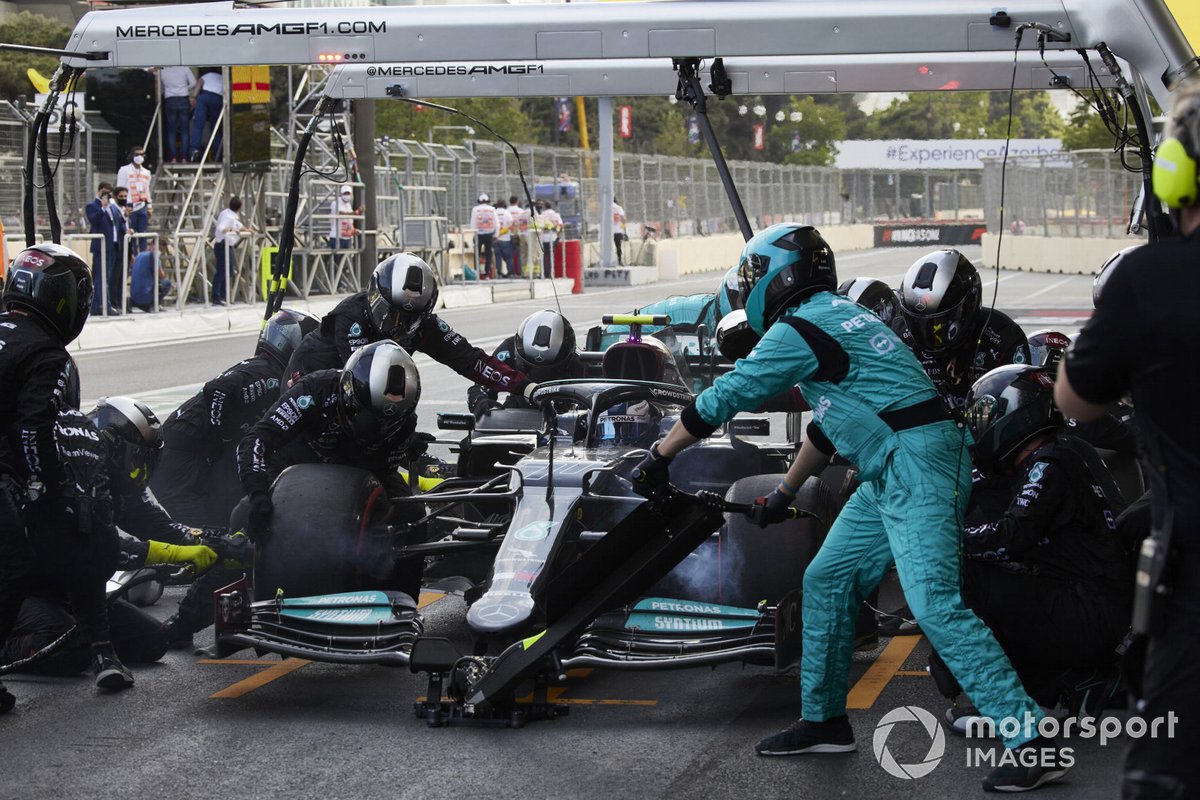 The figures are 0.15 seconds from wheelnuts being observed to be tight to the jack man being told to drop the car, and 0.2 seconds from the jacks going down to the driver receiving the go signal.

F1 is no stranger to ensuring that human reaction times are taken into account – with such a tolerance being put into driver responses at the starting lights to judge when a driver has jumped the gun. If a driver starts too soon to have reacted after the lights have gone out, that can still be a false start.

The FIA does not disclose what the exact tolerance is for the start, though, for fear that if it was made public then teams and drivers would try to exploit the number to boost their getaways.

The new technical directive notes: "For safety reasons we would furthermore expect the minimum time offset between the initiation of the jack release procedure and the OK signal to the driver given by the green light to be at least 0.2 seconds."

The wording for the 0.15s wheelnuts on to jack man signal gap is similar.

Teams have been given three races to prepare for the new requirements as they may need to change their procedures and it could cause trouble to force them to do so without enough time for preparation.

Fastest pitstops of 2021 so far