The FIA is looking at a raft of further changes in Formula 1 to help boost overtaking, following official confirmation of new aerodynamic rules for 2019 to improve the racing

As revealed by Autosport earlier, the F1 Commission has backed modifications to the technical regulations for next year to help allow cars to follow each other more closely.

A more comprehensive overhaul of F1's technical regulations is being planned for 2021, but in the meantime the governing body has hinted at other changes too.

"In addition to the aerodynamic changes ratified today, the FIA is continuing to evaluate a range of other measures aimed at encouraging closer racing and boosting overtaking in F1," said a statement from the governing body.

Although only a minority of teams were understood to have backed the proposals, F1's rule-making process means that there was enough support from representatives of the FIA and F1's commercial rights holder to push the changes through. 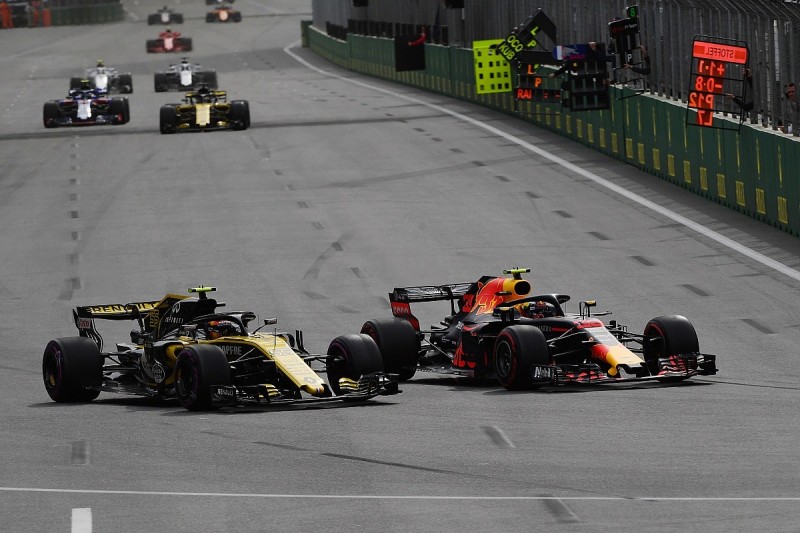 Teams had carried out their own CFD research to try to help the FIA and F1 finetune proposals for changes after an initial meeting of F1 technical chiefs at the Bahrain Grand Prix proved inconclusive.

But the majority of teams still had misgivings about the 2019 plans afterwards, many because they did not want a piecemeal change ahead of the major 2021 F1 revamp, and Autosport understands only four voted in favour of the proposals on Monday.

The FIA statement said: "Following a presentation made to the F1 teams at the Bahrain Grand Prix regarding proposals aimed at promoting closer racing and more overtaking in the Formula 1 World Championship, the Strategy Group, the F1 Commission and the World Motor Sport Council today approved a number of regulation changes for the 2019 season.

"Today's vote follows an intense period of research into the FIA's initial proposals, which were made with the support of the F1 Commercial Rights Holder, conducted by a majority of the F1 teams.

"These studies indicated the strong likelihood of a positive impact on racing and overtaking within F1 and as such have now been ratified for implementation in 2019."