The FIA has announced it will change the Formula 1 points system for shortened races following the fallout from last year's Belgian Grand Prix washout.

F1 found itself in controversy when the Belgian GP was hit by heavy and persistent rain at Spa-Francorchamps last August, resulting in race start delays before it was officially begun with formation laps behind the safety car.

After further delays, the race was stopped by the stewards to target a period when the rain was forecast to ease off. But when that didn't arrive to provide sufficient safe conditions to restart the race, two full race laps were completed behind the safety car to ensure a classification could be issued.

As a result, Max Verstappen was declared the winner, with the top 10 awarded half points in the shortest grand prix in F1's recorded history.

Following backlash from fans, the FIA has changed the rules around shortened races, with no points awarded for a race unless a minimum of two laps have been completed by the race leader without a safety car or virtual safety car – meaning no points would have been awarded for last year's Belgian GP under the new rules.

PLUS: The science F1 must defy to prevent Spa shambles repeat

The points rules have been broken down further, with the top five receiving points if more than two laps are completed by less than 25% of the schedule race distance is completed. 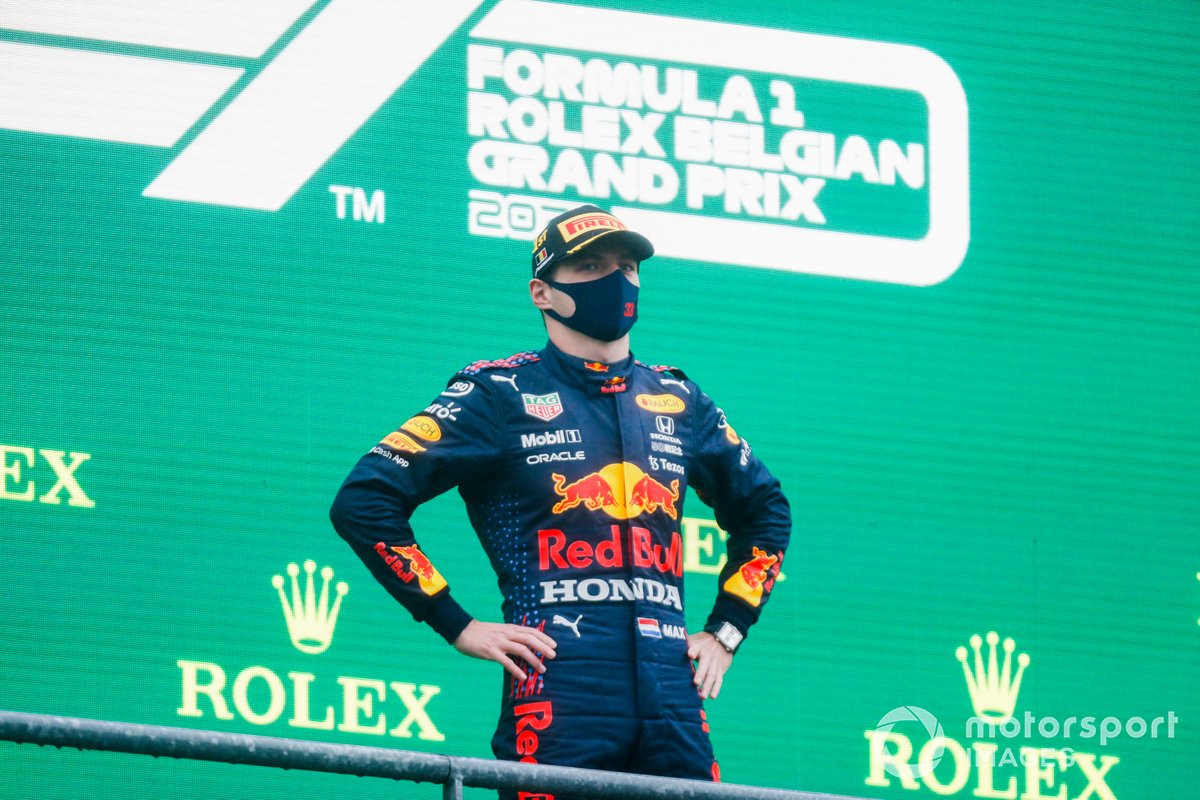 Verstappen collected half points for winning the 2021 Belgian GP, which never completed a green flag lap

No points will be awarded unless a minimum of two laps have been completed by the leader without a Safety Car and/or Virtual Safety Car intervention.

If the leader has completed more than two laps but less than 25% of the scheduled race distance, the top five finishers will be awarded points as follows:

If the leader has completed 25% but less than 50% of the scheduled race distance, points will be awarded as follows:

If the leader has completed 50% but less than 75% of the scheduled race distance, points will be awarded as follows:

The proposed updates to the F1 rules are set to be made official after approval by the FIA World Motor Sport Council.