It is understood that the possibility of raising the kerb was discussed in the drivers' briefing on Friday evening.

Instead of the kerb being changed, a yellow line has been added in the run-off behind the existing kerb.

Revised event notes from FIA race director Charlie Whiting were issued ahead of final practice, saying that a driver's qualifying lap will be deleted "if any part of a car makes contact with the yellow line".

In the race, a black-and-white driving standards flag will be issued if any driver touches the line three times, and any further breaches will be reported to the stewards.

Turn 7, the first corner in the second sector, is a near-90-degree left-hander at the end of the kinked back straight where the track joins the Nicoll Highway. A very short straight follows before a tighter right-hander as the route loops around the Padang, a green area in front of the National Gallery.

Although lap times around the Marina Bay circuit have fallen dramatically this season - Daniel Ricciardo cut nearly three seconds from his benchmark time in practice one compared with the same session last year - track-limits exploitation and a more flowing layout at the reprofiled Turn 16 are unlikely to account for a significant portion of this. 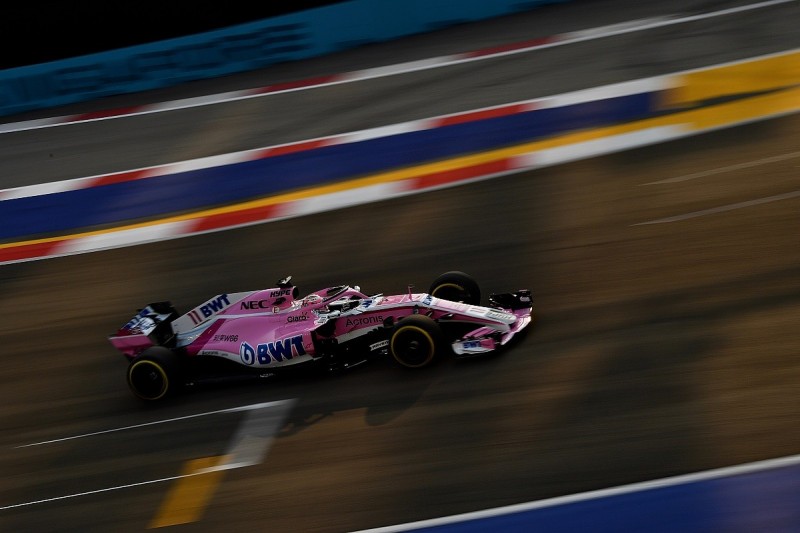 "It's all the things," Force India driver Esteban Ocon told Autosport. "It's car performance, it's tyres, more grip, better kerb riding, and the track has been resurfaced in some places.

"I don't think Turn 16 is any faster than it was, maybe even slower."

It is likely that track-limits violations at Turn 7 would have had a greater effect from Saturday's sessions onwards if the area had been left untouched. Street circuits evolve dramatically in consistent dry weather as more rubber is laid down, encouraging drivers to carry higher corner speeds.

"I tried it [stepping over the track limits]," said Toro Rosso's Pierre Gasly. "They didn't seem to penalise anyone, so I tried.

"It's difficult because if you do it accidentally you don't make any lap time, but if they don't do anything and we start going there with a bit more rubber down on the track, then it will be faster.

"So that's why we said at the drivers' briefing that they need to either say it's forbidden, or to put something there to make sure that we lose time."