Although there is still some way to go before the ideas become reality - and the final cars may end up looking different - several core elements are likely to be carried forward.

These are some of the key topics that have emerged so far, and F1 managing director of motorsport Ross Brawn's thoughts on them.

Why have the concept images appeared now? 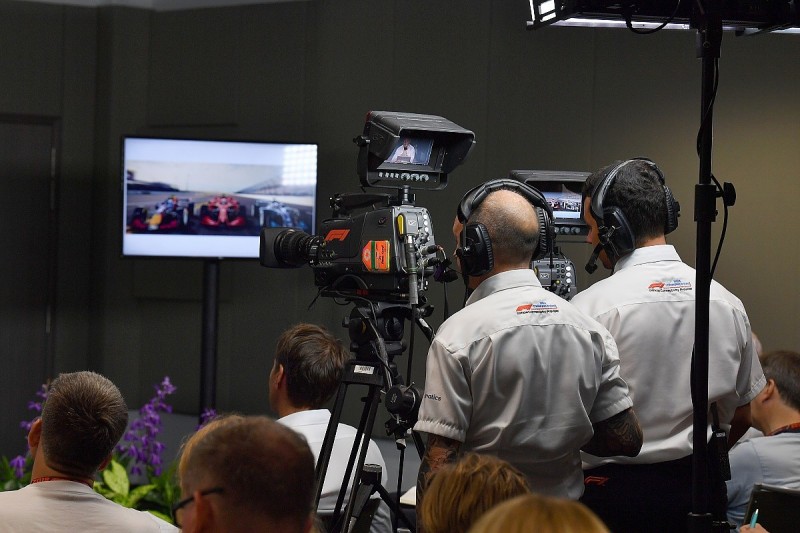 The images are not new, with work having been ongoing for over a year. But Liberty Media found itself having to go public after an image of one of its ideas leaked out on social media.

That was because Brawn had offered a tease of the design during an F1 Tech discussion seminar being held with fans, and had not really expected the pictures to go further.

"I did a lecture to young people about getting involved in engineering, and science and technical topics," explained Brawn. "Rather naively I put up this image on the screen and all the phones came out..."

Once the images were circulating on social media, it made little sense for F1 to keep its progress secret so it went public with its full range of concept images.

How important are aesthetics? 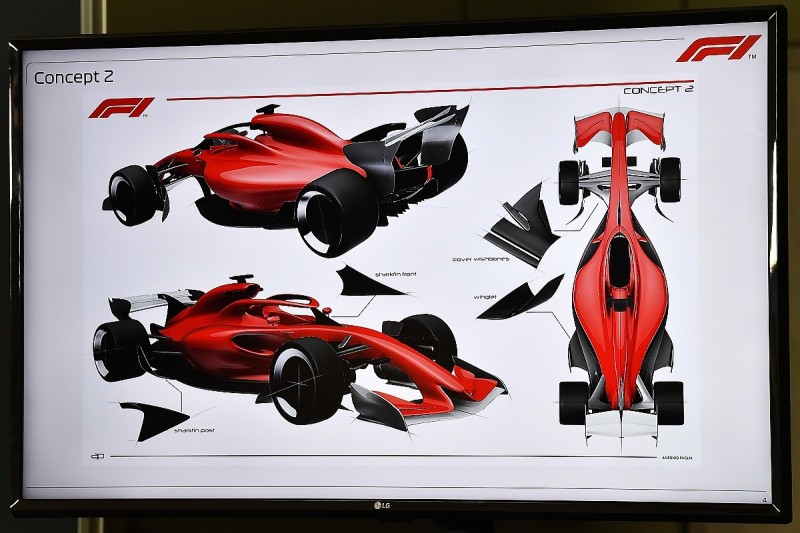 While Brawn is clear that Liberty wants to make F1 cars look "exciting" from 2021, the priority is to make the racing better.

Brawn says data that F1 has obtained shows a 2018 car loses up to 50% of its downforce when stuck behind another car. It is a figure that he believes the 2021 ideas will cut down dramatically.

"One of the primary objectives has been to work on the race-ability of these cars - how close they can get to each other without losing substantial amounts of performance," he said.

"The current cars, once they get within two or three car lengths, they can lose up to 50% of their performance. This is why when drivers are on the same tyres and same age they struggle to race each other on some tracks.

"When you get into that condition where you are two/three car lengths behind and you are losing grip, the tyres degrade more and it becomes very challenging.

"So the prime purpose of the work we are doing is to try to produce cars which are more raceable. At the moment, we've got designs which only lose 20%. So 80%of their performance [is kept]. A substantial improvement."

To achieve that shift in figures, the new cars will have to produce less of their downforce through wings and more through ground effect and other underside elements.

Will the cars be just as fast as they are now? 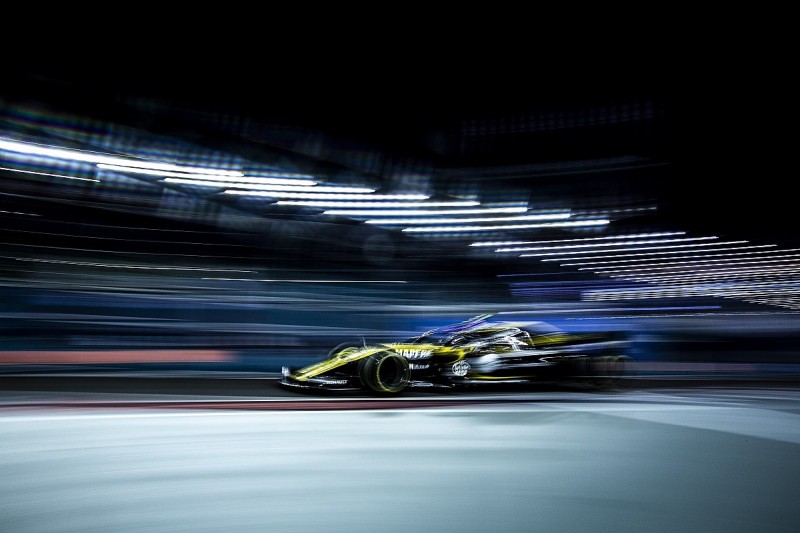 F1 made a big effort to create its fastest-ever cars from 2017, something that has been achieved with lap records regularly broken.

But while the championship fully understands its future cars must be super-fast, the reality is that the downforce reduction will result in things slowing down in 2021.

Brawn does not think that will be a bad thing, because the current cars would have needed slowing anyway as speeds were getting out of control.

Asked about the performance of the 2021 cars compared to 2018, he said: "I think it will be less than where we are now.

"The cars are pretty impressive now, but if they continue to develop at the rate they are developing there will be a need to pull it back.

"I think next year's regulations will be a step back again, so there will be an adjustment back. But, as inevitably happens in F1, that will creep up again.

Brawn believes a reduction in downforce was also not necessarily a bad thing for the racing.

"IndyCar have reduced the levels of downforce substantially and at least on the road circuits the drivers are very positive about the style of racing," he said. "They have some issues on the ovals but that is a pretty unique environment."

Could the wheels be covered? 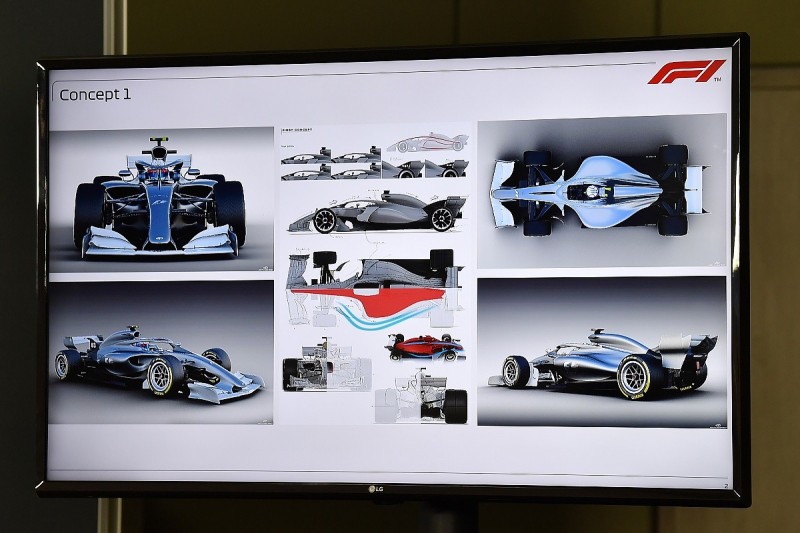 F1 has long been about open cockpit and open wheels, so one surprise of the concept images is that there are aerodynamic fairings over the wheels.

Brawn hopes that idea can live through to the actual 2021 cars, because it will help to minimise aerodynamic disturbance over the wheels.

"One of the great things about an F1 car is we have open cockpit and open wheel, but the airflow around the tyres and the wheels is very dirty. It disturbs the airflow a great deal," he said.

"We are looking at not enclosing the wheels but perhaps having detailed fairings around the wheels, which will help clean up that flow and improve the conditions for the car behind."

Any fairings around the wheels will be there purely for aerodynamic reasons though, and there will be no push to use wheel covers to help safety by preventing cars launching over each other.

"We are not looking at that," added Brawn. "When you do that, it becomes such a major structural part, it changes the nature of the car quite a bit.

"IndyCar had that for while and I don't think they concluded that it was that effective and they have moved back away from that.

"The devices we are studying are just fairings on the rear corner of the tyre to stabilise the flow that comes off of the tyre."

Can F1 stop these rules backfiring? 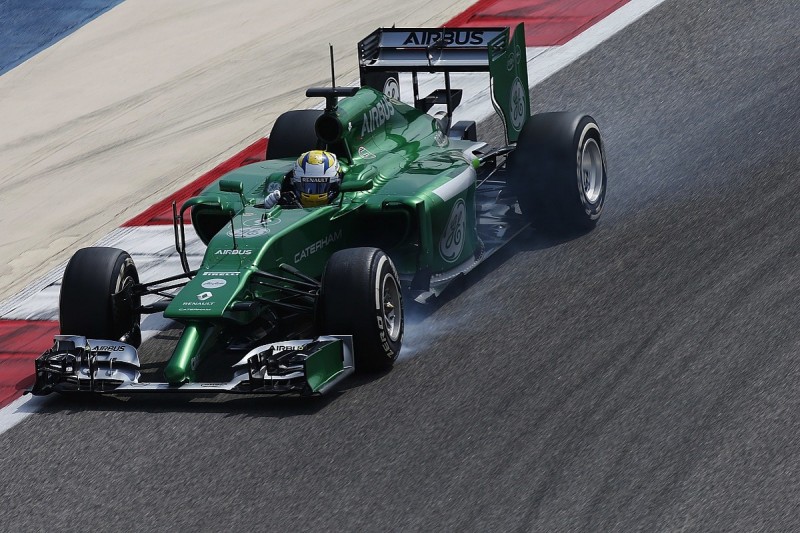 F1 has often had good intent with regulation changes then suffered from unintended consequences.

The ugly noses earlier this decade and 2017's shark fins and T-wings are example of loopholes having ungainly results.

Brawn is well aware of this potential - having famously pioneered the double diffuser on his Brawn car in 2009 - but says efforts will be made to try to ensure everyone pulls in the same direction for 2021.

"I'm not going to pretend that from day one we will have the perfect solution certainly from the aesthetics, because try as hard as we can we can never anticipate every move that the teams will make," he admitted.

"We may well find that rather like, and this is a point close to home, the double diffuser, it was never considered when the rules were made.

"We have to do our best to arrive at a set of regulations and make them as unambiguous as possible but there is no guarantee.

"The key thing is being able to respond quickly when we see things happens that are unintended.

"We are quite encouraged with the cooperation with the teams at the moment but that will change at some point in the future, when they move into their competitive mode rather than cooperative mode."

When will the rules get signed off? 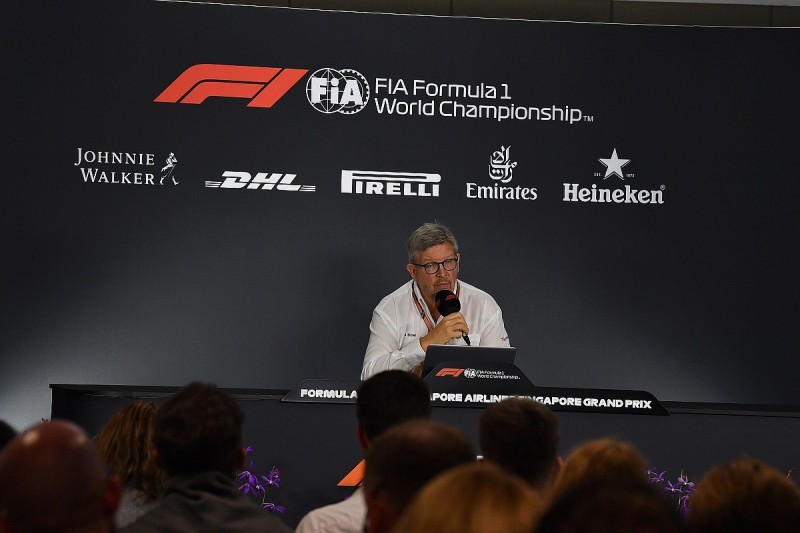 F1 teams will require significant notice to prepare properly for such a major overhaul of design.

Brawn believes that progress on sorting out the regulations can be swift and thinks it only fair to get things signed off by the end of next year - as any delay would only help the better funded teams gain an edge.

"Realistically, the end of next year is when we should be looking to issue the principle regulations," he said. "That gives everyone a year to work on the car.

"What we mustn't do is leave it so late that those with the maximum resource can do the best job.

"There will always be the benefit of having experience and good resources, you cannot move away from that, but if the regulations are issued too late then you end up favouring the bigger teams."