In recent days Ferrari has been the focus of concerns about the opening races of the season going ahead because of a lockdown in parts of Italy - including the Lombardy province where its Maranello base is - with 16 million people under strict quarantine until at least 3 April.

Italy has become the worst affected country outside of China - where the COVID-19 outbreak first began - with 5735 people confirmed to have been infected, while 366 have died from the disease.

Ferrari confirmed on Sunday that its travel plans had not been compromised by the lockdown and that its personnel would make it to Melbourne for the first round of the season without problems.

Speaking in a preview issued by the team, Binotto says Ferrari was "united" as it headed to Australia. 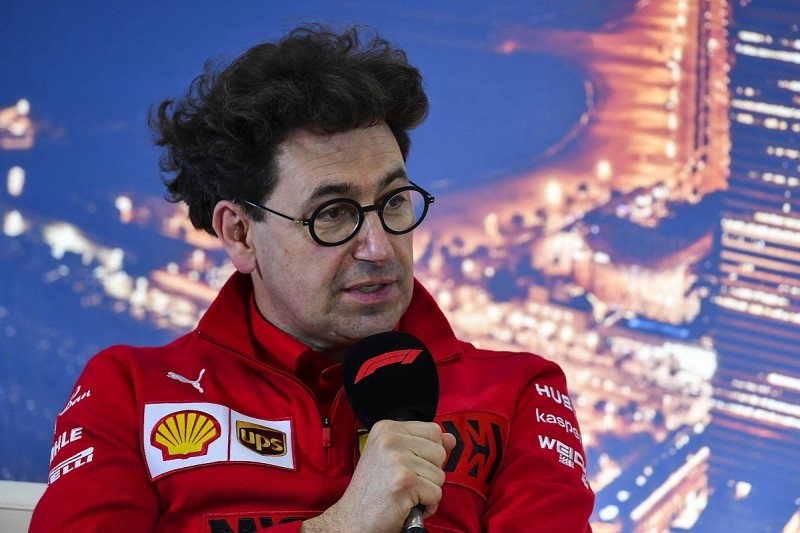 "After a long winter working on building and developing our car, the time has come to get a first indication of our performance level and how effective are the improvements we have introduced over the past few months," he said.

"We know that the opposition is strong, but we also know that it is the start of a long season where development rate, reliability, and our operational effectiveness will be key.

"We are gearing up to tackle all these challenges as a united team, conscious of the progress that needs to be made and proud of the support of our fans worldwide.

"At what is a difficult time for Italy and the world as a whole, as part of a global sport, it is our obligation to try and put a smile on people's faces as they prepare to watch the first race of the season with the same sense of anticipation as ourselves."

Just hours after the lockdown in Italy was put into effect, organisers for the Bahrain Grand Prix - which follows on a week after Australia - announced it would be holding its race behind closed doors as a result of the coronavirus outbreak.

Last week, F1's governing body the FIA announced it had set up a "crisis cell" to monitor the outbreak.

Question marks still remain over the Vietnam Grand Prix set to host the third round of the year, with preventative measures in the country failing to stop the number of COVID-19 cases rising over the last week.

Tech focus: How teams prepared in testing for Melbourne