Ferrari has called on Formula 1 officials to use "simpler" solutions for track limits at circuits, believing white lines are not the solution to the current problem.

Track limits have been a regular talking point through the early part of the 2021 season after a number of incidents involving their policing.

The bulk of the track limits complaints have come from Red Bull, who saw Max Verstappen lose out on a race win, a pole position and a fastest lap over track limits violations in the opening four races.

Verstappen said ahead of the Spanish Grand Prix that F1 should look at using a "hard limit" at circuits instead of white lines, making it clearer for drivers and fans.

The matter was discussed by team bosses with officials from F1 and the FIA in Spain, who are now set to review the topic via a long-standing working group for track limits.

Ferrari driver Charles Leclerc agreed that a kerb would be a better way for track limits to be policed moving forward, feeling it was hard for drivers to properly judge where the car was when using white lines.

"Personally I'd like the kerb to be the track limit, because we can actually feel the vibrations of the kerb," Leclerc said. 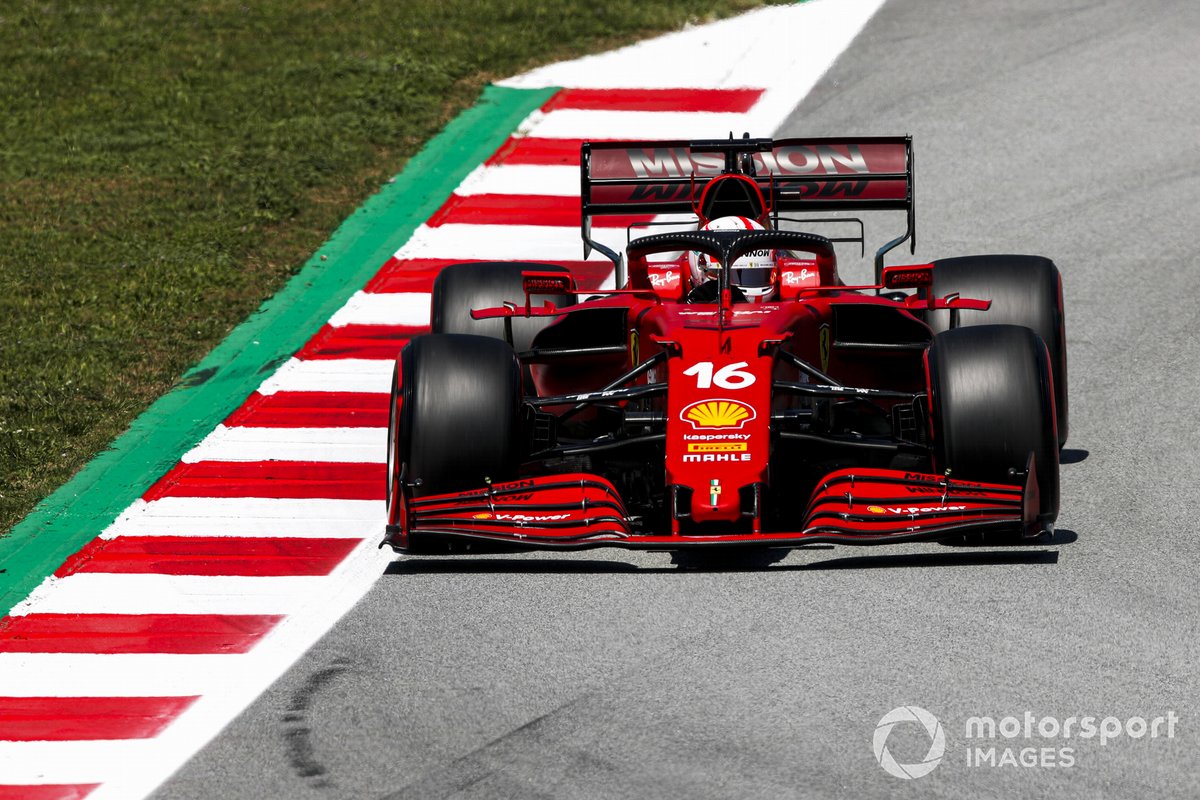 "So I like to have the kerbs, but I just think that whatever is in place should be consistent and I think this we all agree between the drivers, that we just want something to be consistent and the same for everywhere.

"So then, whether it is the white line or the kerbs or whatever, I don't really mind to be honest."

One of the big sticking points for the installation of more kerbs and gravel traps at circuits is to ensure they can host a variety of categories beyond F1.

Leclerc's Ferrari team-mate Carlos Sainz Jr understood that having gravel or grass as the track limits was not possible at all tracks, but wanted to see more kerbs used.

"I think the FIA and everyone is realising that the direction that these modern tracks are following is probably not the ideal one for track limits," Sainz said.

"In the end it's making their life very, very difficult. So yeah, respecting the safety standards, for me the best solution would be put down gravel or grass after the exit kerbs.

"Then we wouldn't have a discussion about white lines or kerbs. In case there is tarmac, I agree with Charles that I prefer the kerbs to the white line because we can't see."

Ferrari team boss Mattia Binotto called for F1 to find a "simpler" solution for fans to understand, believing that decisions impacting the race were "never good for the show".

"[It's about] having something which is simple and has an immediate effect," Binotto said.

"Whatever it is, you take advantage of whatever the case may be. So keep it simple. From my side, I see other simple solutions that would be the best."