Felipe Massa would be a valuable asset for any team that employs him in 2014, according to Ferrari deputy chief designer Simone Resta

The 32-year-old is being dropped at the end of the year to make way for the return of old team-mate Kimi Raikkonen but is determined to remain on the grid next season.

He is known to have the potential to bring substantial financial backing for a drive and has admitted to having discussions with Lotus and other teams.

Resta has worked at Maranello throughout Felipe Massa's eight seasons with the team, having joined Ferrari from Minardi in 2001, and believes the Brazilian's pace and experience will stand him in good stead.

"I think so," he said when asked by AUTOSPORT if he felt Massa would be a valuable asset for another team in 2014.

"He is quite an experienced guy. He has been driving at a high level for us since 2007 so has a lot of experience."

Resta also paid tribute to Massa's all round contribution to the success of the team. As well as winning 11 grands prix during his time with Ferrari, Massa has helped Raikkonen to the drivers' championship and Alonso's strong title tilts in 2010 and 2012.

"Felipe has been a great team player," said Resta. "You can consider his effort on the simulator side, his support in developing items through the weekend, testing things.

"And when the team asks him, he has always been very good and open in supporting his team-mate on several occasions for several reasons."

Massa has often been cast as the support act at Ferrari during his eight seasons there. Here are three of the most famous occasions. 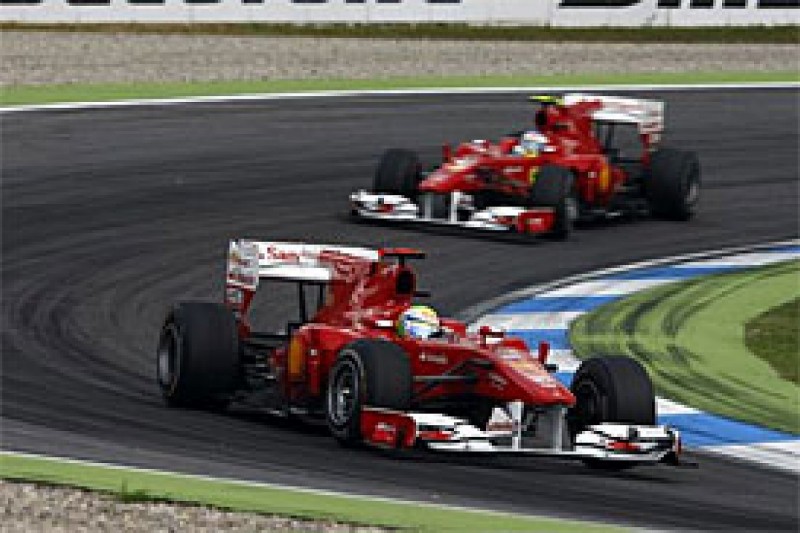 Exactly one year after his life-threatening Hungarian GP qualifying crash, gives up the lead at Hockenheim to Alonso.

With the even-numbered side of the grid lacking in grip, Ferrari deliberately triggers a gearbox penalty, giving Massa a five-place penalty and moving Alonso onto the grippy side of the grid.