The new floor design is intended to improve the performance of the SF71H in high-speed corners, which make up a significant part of the Silverstone lap.

It is set to be used in Friday practice and, if it performs well, could be taken through for the remainder of the British GP weekend.

Though Ferrari took the constructors' championship lead in Austria as Mercedes failed to score, Mercedes had locked out the front row of the grid after bringing a major update of its W09 design to the Red Bull Ring.

Ferrari therefore pushed to get its latest update ready for this weekend at Silverstone, where it will have to cope with the thinner-tread Pirelli tyres that appear to suit Mercedes more.

Any balance improvements made possible by the new floor could pay dividends on a weekend where unexpected high temperatures could play a factor in tyre management.

Red Bull team principal Christian Horner thinks a repeat of what happened in Austria, where tyre strategies were disrupted by high degradation, could be on the cards in Britain. 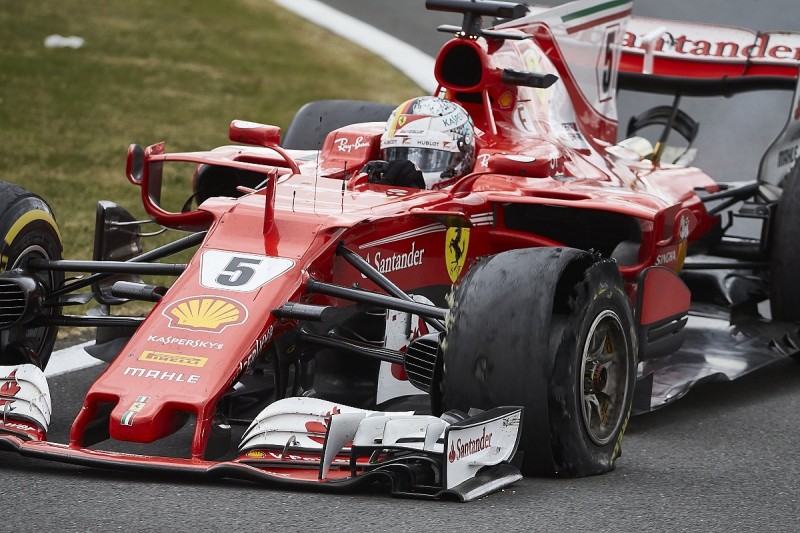 "Last year we had Kimi [Raikkonen] have a tyre blow out, and Sebastian [Vettel] blew a tyre as well," said Horner.

"So they have introduced this new construction of tyre for the new-surface races, and that has suited Mercedes incredibly well.

"Barcelona and Paul Ricard [where the new tyre was used] were both tracks where they have had wins.

"You can see why Toto [Wolff] has been campaigning to keep this tyre for the rest of the year.

"I think that they [Mercedes] will be very strong at Silverstone, but the temperatures if this heat wave continues; we see that these tyres are very sensitive to heat. That could be a really interesting variable thrown into the mix.