Racing director Eric Boullier's resignation and a reshuffling of technical staff were announced on Wednesday morning.

Brown believes that a series of changes at the top level in recent years - which have included the departure of team principal Martin Whitmarsh, chairman Ron Dennis (pictured below) and a short tenure for CEO Jost Capito - have been costly for McLaren.

"Obviously our results this year have demonstrated that we have a big performance issue," said Brown, during a call with media on Wednesday.

"We are punching well below our weight given the history, the talent of people, the resources, and the technology at our disposal.

"This comes from a culmination of really being destabilised over many years within our team.

"If you look at our past seven or eight years we have had different CEOs, different shareholders, shareholders in, shareholders out, CEOs in, CEOs out. And have really failed to get on stable footing to be able to rebuild this great team, which is now what we are going to do. 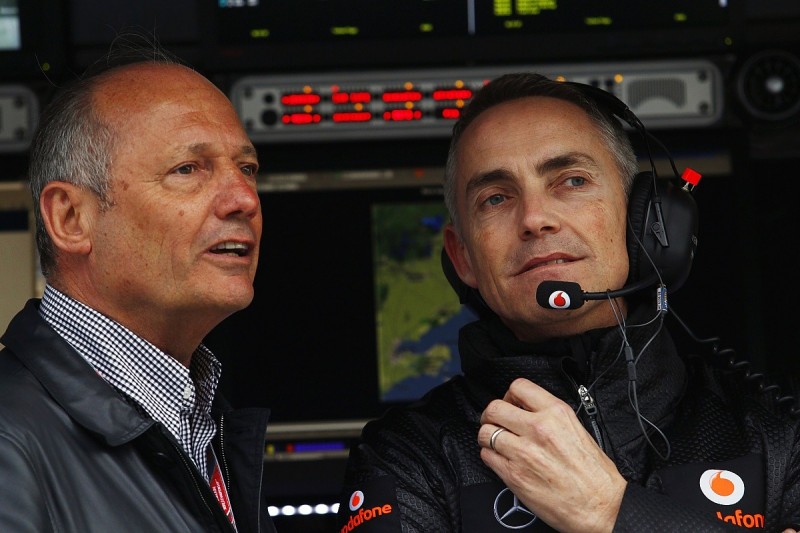 "I think we all share in the pain of not seeing a McLaren being as successful as we know it can be. It is a completely unacceptable situation we find ourselves in. It is very painful for all of us here at McLaren."

Although McLaren has scored more points than last year, and has added more sponsors, Brown accepts that moving back to the front in F1 will take some time.

Its post-Honda era started well as strong racecraft in the first two grands prix of the year temporarily placed it third in the constructors' standings, but it is now down to sixth and Force India has closed to just two points behind.

"We are improving," Brown said. "However, we are not in a good enough place to expect to be much better. We have announced this big change to get our house in order.

"I am not going to kneejerk react. The team needs to have a period of stabilisation so we can build strong foundations.

"The situation was not created overnight and therefore will not be fixed overnight. So today is our first step in getting back to winning ways."

Asked if the racing director role that Boullier had will be replaced, Brown said: "At this point we've not made any decision on what's definitively in and out.

"This is a start of the process, everything is being reviewed and I'm going to withhold giving a play-by-play on how we're going to rebuild our team to race-winning success."

When it announced Boullier's departure, McLaren also revealed that Andrea Stella had been promoted from head of race operations to performance director and former Honda F1 and sportscar/IndyCar team boss Gil de Ferran would take on the new role of sporting director.