Ferrari has been fined €5,000 for releasing Kimi Raikkonen's car unsafely from a pitstop during the Formula 1 United States Grand Prix

Raikkonen, who was on a three-stop strategy, pitted for softs at the end of lap 38 but pulled away before the right-rear wheelgun had been released after being given a green light to go.

As the Finn began to climb the hill after emerging from the pitlane, he was told by the team to stop the car as it was unclear whether or not the tyre had been securely fitted.

Raikkonen then rolled his Ferrari back down the slope, eventually stopping in the pits and retiring for the third time this season.

He had been running fourth, ahead of team-mate Sebastian Vettel, but was out of contention for the podium places given the pace of Mercedes and Red Bull.

On receiving a report from the race director, hearing from a team representative and examining video evidence, the stewards deemed Ferrari breached article 28.13 (c) of the sporting regulations and handed out a fine.

With Vettel finishing fourth, the German leapfrogged Raikkonen to fourth in the drivers' standings by seven points. 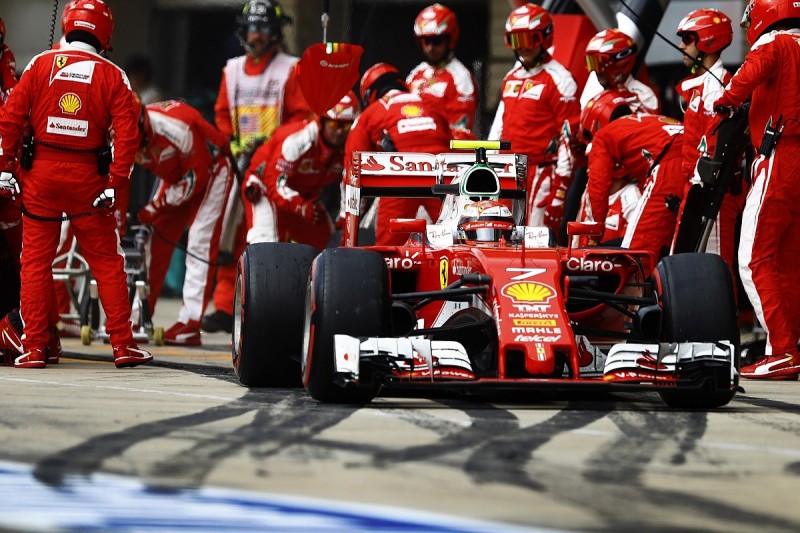 Raikkonen wants Ferrari to investigate the cause of the error, having been given the green light to leave his pit box before the wheelgun was disengaged.

"The reasons behind why it went green, we have to investigate and understand," said Raikkonen.

"Hopefully, in the future, to change whatever is need for it not to happen.

"The green light came on and obviously I will go. Why did it come on when we were not ready?

"Unfortunately, there is no way to recover from that."