The reigning world champion's engine expired with 15 laps to go in Malaysia to severely dent his title hopes and memories of that moment were on his mind during the Austin race.

But after making a clean start from pole position, Hamilton had no such problems to take a comfortable victory - the 50th of his career and first since Germany before the summer break.

"I'm just focusing on doing the best job I can and today I felt comfortable doing the job," he said.

"I was just the whole race concerned the car was not going to make it.

"Right up until the line, I was just in fear of the same thing, the same feeling I had, the sound I heard in Malaysia.

"So I was grateful the car made it across the line."

Hamilton reduced the deficit to team-mate and title rival Nico Rosberg to 26 points with 75 remaining.

It could have been even better had Red Bull's Daniel Ricciardo not lost second to Rosberg thanks to a virtual safety car period that allowed the championship leader to pit without falling behind the Red Bull. 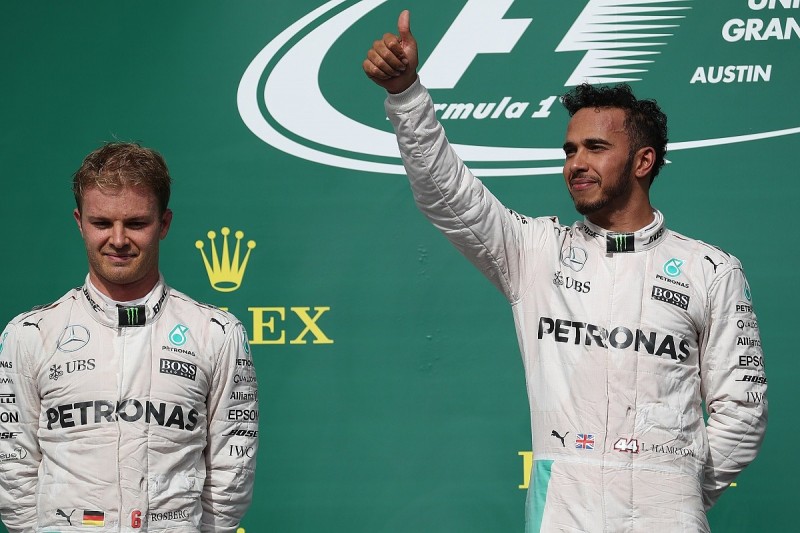 When asked if Red Bull's strong pace at Austin gave him hope that Ricciardo and Max Verstappen could take points away from Rosberg, Hamilton said: "I don't really think about that.

"I just focus on doing my job to the best of my ability.

"I can't control what is going on behind me so there's no point in hoping for anything.

"I've just got to do the better job on the weekend and have more weekends like this - that would be great."

Bad starts have plagued Mercedes this season, but Hamilton said ahead of the weekend that the team had worked hard to cure the problems and that paid off at Austin.

"I've been relaxed all weekend and I feel like I knew the start was going to go well," he said.

"That's the first time in the whole year that I didn't spin the wheels.