Ferrari deployed one of its two Formula 1 curfew 'jokers' by mistake on Saturday morning at Paul Ricard, potentially leaving it with just one for the rest of the season

But Ferrari says the staff member concerned is not connected with the operation of its F1 cars, so the FIA may yet return the joker to the team.

F1 team personnel associated with the operation of the car - not including those involved with catering, media and marketing - are not allowed in the paddock within the overnight curfew hours on Thursday and Friday.

Teams are allowed two free exceptions per season, which are normally used because a major rebuild is required following an accident.

Ferrari has told Autosport that a staff member who works for its Driver Academy, and who is present at the French Grand Prix to look after junior drivers Antonio Fuoco, Giuliano Alesi and Callum Ilott (pictured below) in the supporting Formula 2 and GP3 events, triggered the penalty by entering the F1 paddock before 10am. 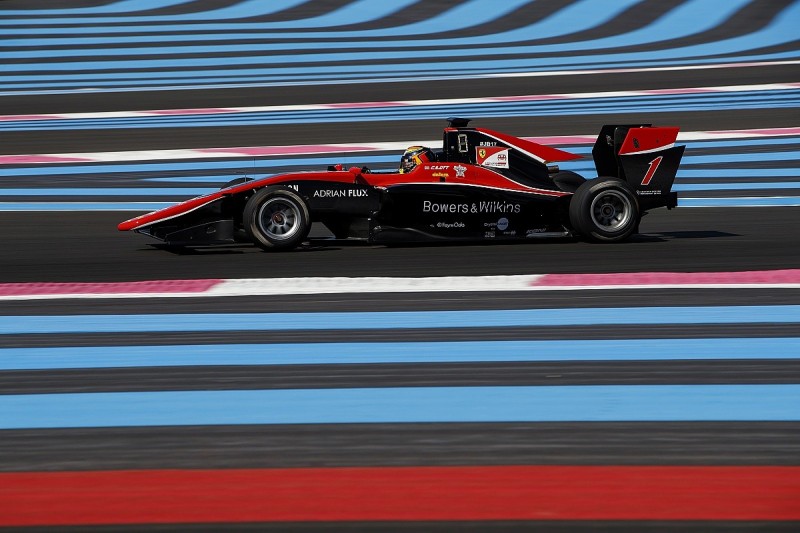 He appears to have been wrongly registered in the FIA pass system as an operational F1 team member.

The rest of the Ferrari race crew was waiting outside the paddock for the end of the curfew.

"This was the first of the two individual exceptions permitted for the Scuderia Ferrari team during the 2018 Formula 1 Championship season and therefore no action should be taken."

It is understood that the FIA is now reviewing the case.