Alonso, returning to Formula 1 this weekend after winning the Le Mans 24 Hours with Toyota on Sunday, was knocked out in Q1 at Paul Ricard, failing to advance from the first segment of qualifying for the first time this year.

The Spaniard qualified down in 16th position, two places ahead of team-mate Stoffel Vandoorne, as McLaren endured its worst qualifying of the year.

When asked how he felt to be out in Q1 less than a week after winning Le Mans, Alonso said: "Nothing, normality, normality.

"On the personal side I'm trying to do everything possible. I believe I'm the only one right now who is 8-0 against the champion in GP3 [sic], GP2 and all the categories he raced in.

"These last races have not been good for us but amid all this disaster we are seventh in the championship, so we must be doing something right." 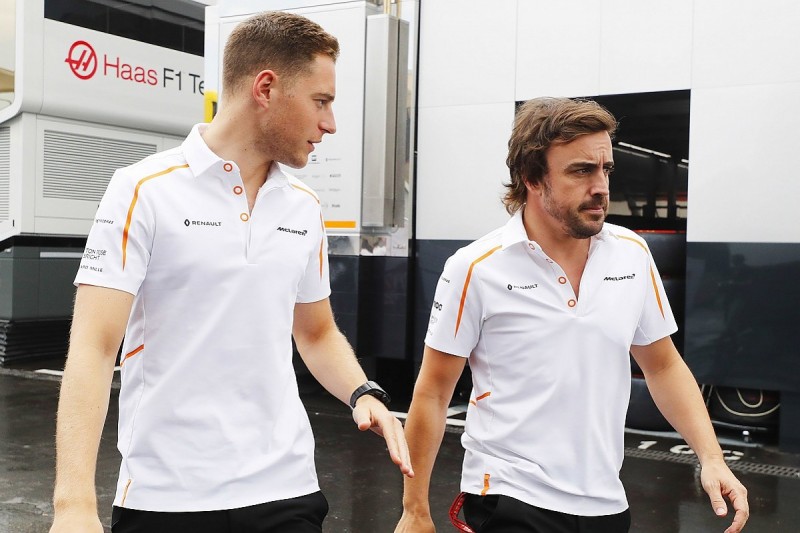 The two-time world champion, who has retired from the last two races in Monaco and Canada, felt all of his laps in Q1 had been good.

"We were sort of OK all Friday and then the last lap was pretty good but we never know how fast the other teams are," he said. "Today we had these difficulties.

"The four laps were good, two tenths better than my team-mate, who has won several races here, so it is what it is."

Alonso suggested he is expecting a processional race tomorrow unless it rains.

When asked what what expected from Sunday, he said: "The same as in the last few races. A train of cars all Sunday.

"The weather could play the most important part. If it rains like this morning or if there's changing conditions it will probably be a more chaotic race.

"If it doesn't rain, it will be more complicated to overtake."