After a disastrous 2020 season in which Ferrari dropped down to sixth in the constructors' championship, Charles Leclerc qualified an impressive fourth and finished sixth in the season opener.

Team-mate Carlos Sainz Jr also qualified in the top 10 and wound up eighth in the race to give Ferrari its first double points finish since last year's Turkish Grand Prix.

But the encouraging start does not mean Ferrari is yet in a position to fight for a podiums, according to Binotto.

"The gap is still very clear compared to the top competitors, which in the race still was big, so it was still a long way but it will depend as well track to track," said Binotto when asked about Ferrari's podium chances.

"We know that we will not work much on the development of that car because we will focus on the 2022 in terms of design development. I am pretty sure it is the same with the other competitors.

"But still I think that if we look at our race today, we got feedback now from drivers, they start learning the car, start knowing what are the limitations of the car, and eventually we may address or we may improve it, so I think the next threr [or] four races will first indicate what is the true performance and potential of our car compared to the others." 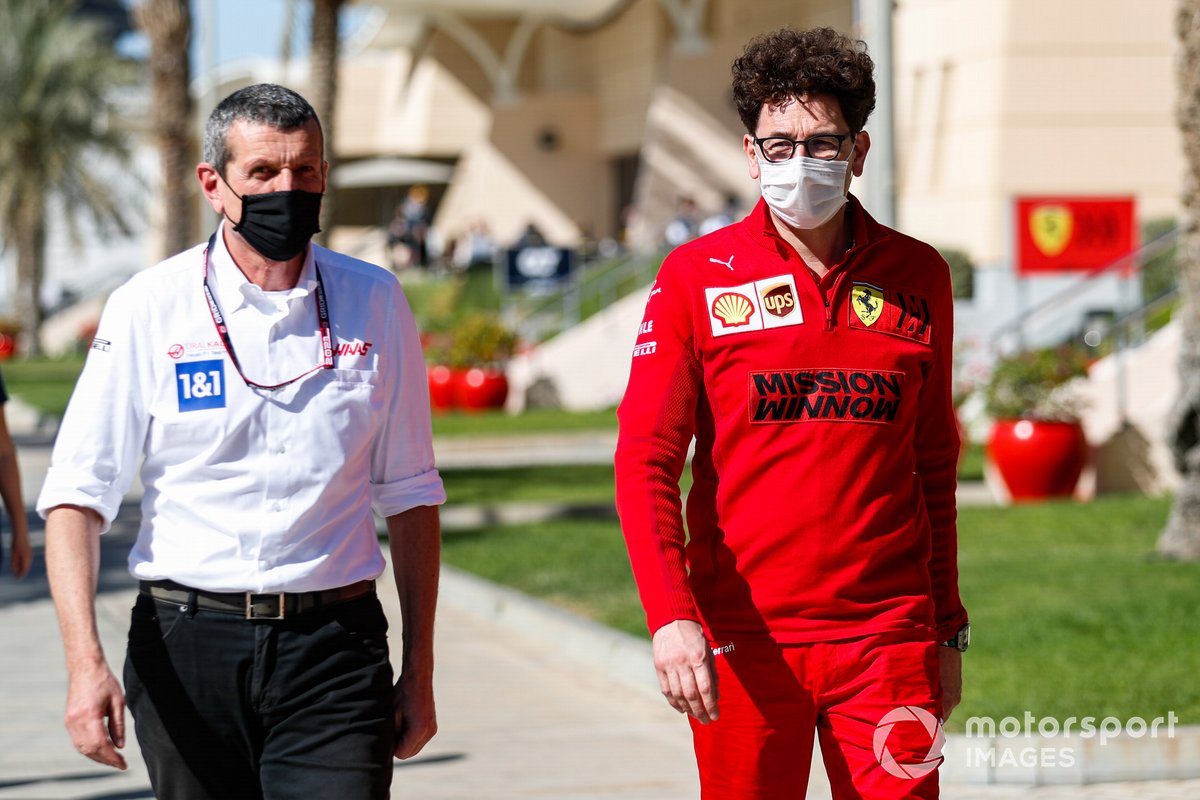 A poor performing engine was a big factor in Ferrari's struggles last year, but already in testing the team felt it had made significant progress with its lack of straightline speed.

Binotto admitted it was a relief to confirm the engine's progress during the first grand prix weekend, and reckons it gives the team a solid base that should help it work more calmly to continue to recover.

"I feel relieved certainly because we may work in a better position, and that's very healthy for the team," Binotto added.

"It's important that the team can work in a healthy condition, stay calm and positive, and for me that was important.

"So coming here, seeing the car has progressed, with the team somehow in a serenity, means we can work in a better manner.

"Engine, chassis, tyres, tools, correlation, all of that was important for us and basically that was key.

"How much is coming from the power unit improvement? I think it's difficult to say because it's so relative to the competitors. It's not an absolute value and I don't know the progress of the others, but we can only judge the entire package."

Binotto said it was good news for the team to see the car was performing as Ferrari had expected compared to its data from simulation in its factory.

"Relative to expectations, as far as how it is compared to our simulation data, I think good correlations, that was important for us," he said.

"It's something which we developed last year, to improve compared to where we were. So the car is performing as expected. How it performs, I think we have some ideas starting from the testing the winter testing of these three days.

"We knew we had a better car compared to last year, no doubt, relative to the competitors."