Leclerc was the favourite for pole position at Hockenheim but he and team-mate Sebastian Vettel had their hopes dashed by separate reliability problems on Saturday.

A turbo airflow problem stopped Vettel from setting a time in Q1 and a fuel system issue prevented Leclerc from running in Q3.

Ferrari team principal Mattia Binotto said after the two problems that it needed to sort its internal approach to reliability, but the team has not disclosed the cause of those issues or the countermeasures put in place to prevent a repeat.

However, it is understood that Ferrari considers the problem to have occurred in unique circumstances and thinks it is very unlikely to happen again.

Asked by Autosport if he was confident the issues would not appear in this weekend's Hungarian Grand Prix, Leclerc said: "I think on both issues there has been quite a lot of analysis done.

"So, we are working on solutions. I think on Seb's one it's completely fixed.

"On our one it needs a little bit more time.

"But we understood what caused it so we are confident it won't happen again this weekend."

Leclerc recovered from his qualifying issue to run at the front in the wild German GP but crashed out not long after moving into second place.

He said in Hungary that his response to that accident had not been as intense as when he crashed in qualifying in Azerbaijan, despite the consequences being bigger.

"After Baku I was definitely not the way I am now," he said. "For me it was a much bigger mistake [in Baku].

"At Hockenheim the consequences have been very big, probably bigger than they were actually in Baku in qualifying because we are not scoring points, but on the other hand the conditions were very, very bad." 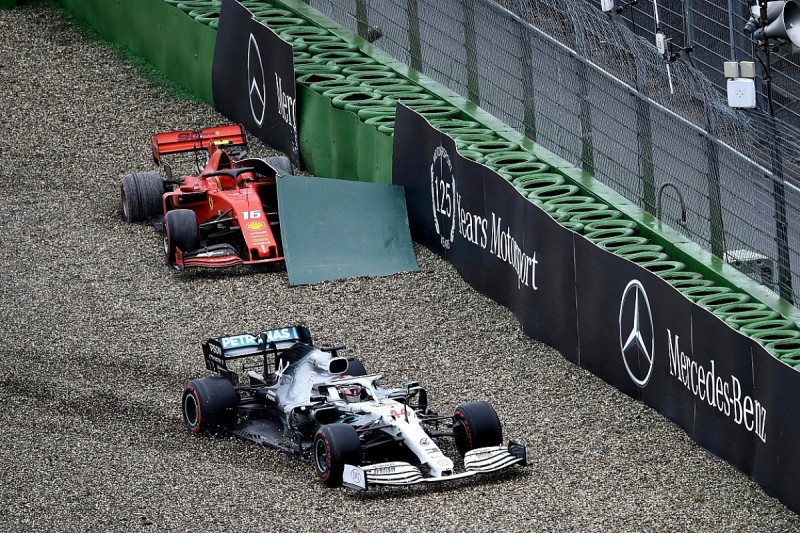 The 21-year-old also revealed he had no idea that Lewis Hamilton went off into the gravel just as he was walking away from his stricken car.

Images emerged after the race of Hamilton sliding off-track on slicks in the wet conditions despite the safety car being deployed.

Leclerc said he learned that happened because of fan footage and did not believe Hamilton did anything wrong.

"I saw a video from the grandstand, which actually surprised me," said Leclerc.

"I think he was aware on the radio that I was out in the last two corners, but it had been raining on that lap in these two last corners, so on slicks it was very very tricky.