Ferrari's title hopes have been derailed by late-season problems again this year, and Arrivabene said the team has not been able to cope with the pressure of going for the crown.

In an interview with selected media including Autosport at the Ferrari Finali Mondiale at Monza, Arrivabene said: "There are areas where we are superior, others where they [Mercedes] are. But I think we still lack the habit of winning.

"For them to have a 1-2 is almost ordinary. For us it is still an exceptional event.

"We must be more aware of our means, and not be afraid of winning.

"In tennis they call it 'il braccino': the fear of winning that comes when you are close to the goal. We must trust ourselves, and make winning a good habit."

Arrivabene said one lesson he has learned in 2018 is that it is important Ferrari does not immediately look for areas of blame when things go wrong.

He said his own outburst after a tyre blunder in Japanese Grand Prix qualifying was the only time he had lost his temper in more than three years in charge.

"There was a moment [in 2018] when we were a phenomena, then a phase in which the finger was pointed at the driver, and finally followed by a period where the car was the target," he said.

"In the end we understood even more that we win and we lose all together.

"There were mistakes from Vettel and to a lesser extent from the team, but the lesson we have understood is that you do not need to point the finger at someone.

"There is a manager of the racing team and it's me. I got angry once [at Suzuka], but I think that once in three and a half years we can accept.

"When things go wrong I'm here, and I've always said it. But when it's all right, my satisfaction is to go under the podium, sing the anthem, and applaud." 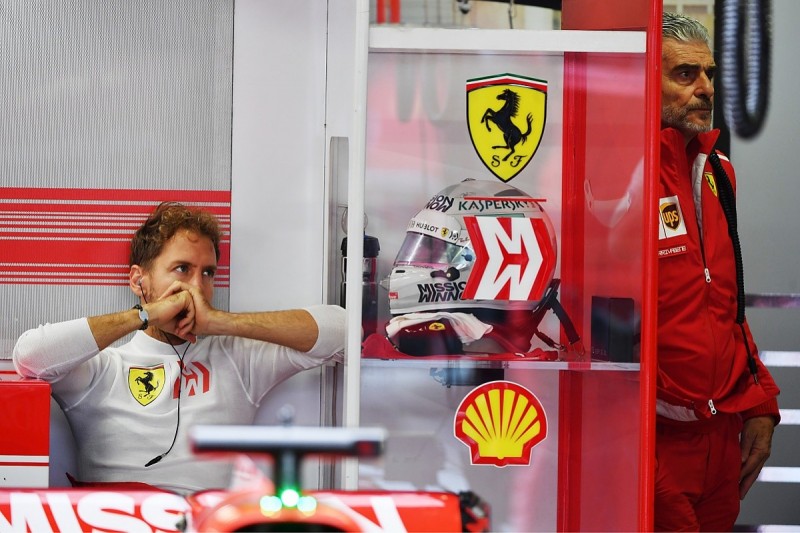 Arrivabene said he had also noticed how important it was for Vettel to be shown he has the full support of the team, especially in the wake of some of his costly errors.

"Raikkonen and Vettel are similar in many ways," he added.

"But while with Kimi in some moments you need to talk a bit more, with Seb you need to make him feel the support of the team.

"He was criticised a lot for what happened at Monza [Vettel spun while racing Hamilton], but he was just trying to give great satisfaction to the fans - and he struggled a lot to digest the outcome of that weekend.

"In this sense it did not help him to find in the following races he had a car that was not at its best. These are understandable problems, and the human factor is important."

Ferrari: F1 would be wrong to 'throw away' Pirelli's tyre experience