Ferrari brought a major aerodynamic package including a new nose, floor and diffuser to the Singapore Grand Prix that appears to have eliminated its dependency on power-sensitive tracks to be competitive.

The team has now won pole position for all four races since F1's summer break, and only lost victory in last weekend's Russian Grand Prix because of an MGU-K failure suffered by Sebastian Vettel.

Asked by Autosport how important the upgrade package was for its 2020 design and if it would be incorporated into development for next year's car, team principal Binotto said: "Or vice-versa - maybe this is where the upgrades of next year have been transposed on the current car.

"On the current car, the regulations being the same for next year it will certainly be of interest.

"Whatever we are building on this season, in terms of understanding, will be key for next year as well.

"That's why we are still focusing or putting effort on 2019, not only because we're seeking victories but because we know that a good understanding of the overall car performance in this season will be to the benefit of next season." 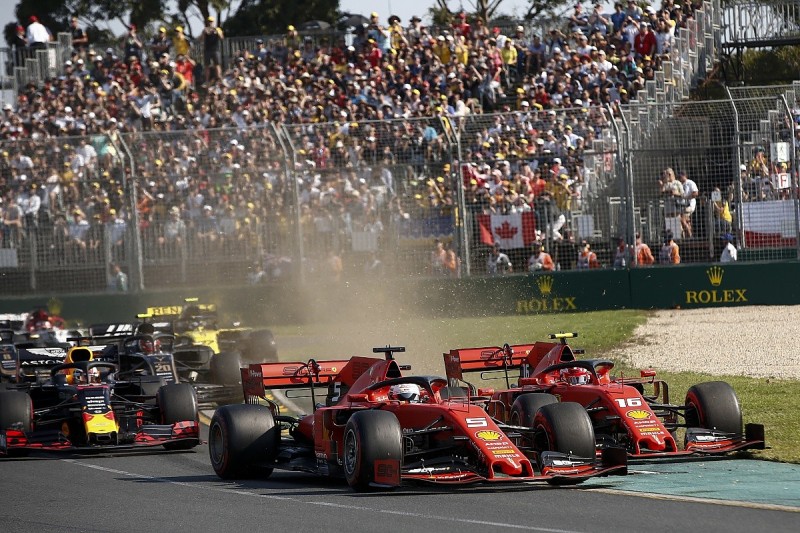 Ferrari started the season with a car design that lacked the peak downforce of rivals Mercedes and Red Bull but was very aerodynamically-efficient.

That, combined with the strongest engine on the grid, made Ferrari a potent threat on power-sensitive tracks, but its cornering deficiencies dropped it to third-best at many other venues.

However, since the summer break, it has had the fastest car in Belgium, Italy, Singapore and Russia.

Binotto believes that Ferrari's performance over the year has proven it does not require a radical change of car philosophy for 2020.

"On the front wing, I think some are copying us at the moment, more than us [copying] the others," he said.

"So I think that the next year's car will be a development of the current one.

"To develop an efficient car is always important for fuel economy, for speed, and I don't think it's a completely wrong or bad concept.

"If you look back and count the missed opportunities and victories I don't think we're on the wrong side of the sum, of the balance.

"There have been other reasons why this season we've not performed as expected. It's not only the car concept.

"By the time the weaknesses were addressed we can be quite competitive and I think the last races have shown it."

An irregular and rocky rise to a Red Bull F1 seat