Ferrari plans to unveil its 2021 Formula 1 car, the SF21, just ahead of pre-season testing at Barcelona in Spain next year

Although there is a chassis freeze for teams, which means they must run their current basic cars again, aerodynamic changes are allowed and teams can spend two development tokens to make other modifications.

Ferrari is aiming to hold a team launch in the early part of the year, to introduce its management and driver line-up of Carlos Sainz Jr and Charles Leclerc, but will not reveal its 2021 challenger until just before it runs on track for the first time.

"We already decided the name of the car next year. The car will be called SF21," he said. "It's a very simple name, because we believe that next year is a transition to 2022. So let's keep SF21 the name of the car. It will be partially a frozen car, same chassis as 2020.

"We will organise differently the unveiling of the car next year. We will organise first an event where we will present the team and our drivers to our fans, to our partners and to the journalists.

"But we may organise a second event, and that could be directly at Barcelona winter testing, where we will unveil the car. And that will be somehow done in a different [way]." 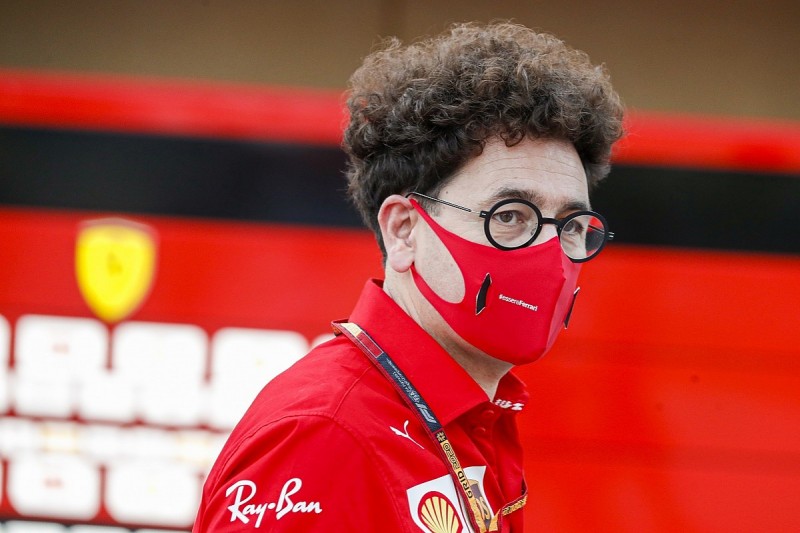 One of Ferrari's key hopes of progress in 2021 is that an all-new engine will address the power deficit that it suffered from this season.

Binotto said that figures coming from the dyno facilities at Maranello were encouraging, as he had faith Ferrari would not be left battling with the worst engine next year.

"I can confirm the engine is running well on the dyno," he said. "I think that in terms of performance, it progressed well. Significantly I think compared to what has been 2020.

"I think that we will be back to being competitive as a power unit. I think we will not be the worst in the field, and that is the feeling I got from the figures I've seen on the dyno. But I cannot know what the others are doing, or how much they have progressed."

Binotto also said that the SF21 would address a key weakness of this year's SF1000 of being too draggy, with improved aerodynamic efficiency having been a focal point for changes.

"We try to do our best in order to address at least the weaknesses of the 2020 car for next year," he said.

"In addressing the weaknesses, I mentioned the power unit more than once. But the drag of the car was very, very high in 2020. And I think that looking at the 2021 car, the drag has been somehow certainly addressed."