Fernando Alonso has acknowledged he spoke to Mercedes in the wake of Nico Rosberg's shock retirement from Formula 1, but says talks never became serious

The two-time world champion is in the third and final year of his current McLaren deal and had previously hinted he could walk away from F1 if the 2017 cars were not more enjoyable to drive.

Asked at the launch of the McLaren-Honda MCL32 on Friday when he would make a decision about his future, Alonso replied "around September" and insisted 2018 was a topic to consider only after this year's summer break.

Mercedes has only committed to a one-year deal with Rosberg's replacement Valtteri Bottas, and when quizzed over whether he had talks with the world champion team last year or planned to this year Alonso confirmed that discussions had taken place.

"Until August/September there is no point to talk about anything, I will be fully concentrated on this year's championship and see which of the teams and cars will be competitive with the new rules," said Alonso.

"We could find a new team dominating F1 now with these new cars.

"When Rosberg retired, there were a couple of days where I had some conversations and phone calls, but there was no point to discuss anything because I was happy at McLaren.

"Let's say Mercedes, after the surprise of Rosberg, had to do a little check of everyone - which was understandable. 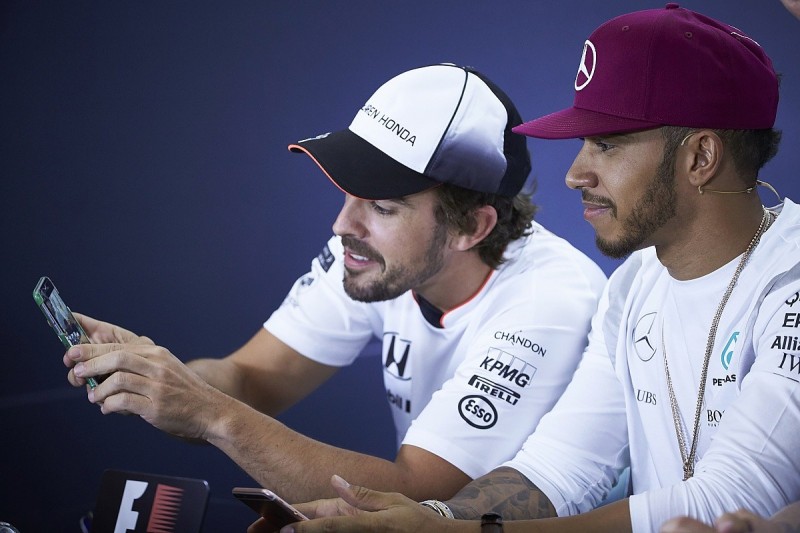 "It was nothing really strange or really deep into the conversation or the possibility, it was just a check round they did with everyone.

"With me, they wanted to hear the situation.

"My situation was clear: I had this year with McLaren-Honda and I was happy here and there was no point to talk any more about the possibility."

Alonso added that he respected Rosberg for his retirement decision but felt he would find it tougher to walk away from competing than the world champion did.

"Everyone has his own motivations in life, his own goals in life and he was fighting so much to get this world championship in his pocket," Alonso said of Rosberg.

"When he saw himself in that position, he thought that [retiring] was the best solution.

"In my case I cannot stop, it is like a drug.

"He was very brave to step away and now enjoy a different life.

"I wish him the best and I am a different character - I am a racer, I will be 80 years old and in a kart, racing, pushing the kids out in front of me."