The McLaren driver only managed an installation lap on Monday morning due to an oil leak, and only 29 in total on the first day of 2017 pre-season testing at Barcelona with McLaren's MCL32.

Though unreliability was a feature of Honda's F1 comeback season in 2015 in particular, Alonso insisted Monday's issues - which McLaren called a surprise given a smooth filming day beforehand - should not be linked to past dramas.

"It's very juicy that after the two years we had, with so many difficulties, you start the third year and on the first lap we have to change the power unit," Alonso said.

"It's an easy headline. But we can't be drawn into that because of the frustration we have - the fans, the sponsors, the mechanics, the engineers who had been working for four or five months.

"The car arrived at 1am on Saturday and on Sunday we were on track doing a filming day, so no one is happy to lose a day and no one is hiding their frustration.

"There's an infinite amount of things to test and we couldn't do it. Without hiding that, we need to stay calm.

"It's eight days of testing so let's draw conclusions after the eighth day and let's hope they are better than today."

McLaren racing director Eric Boullier conceded Alonso was unhappy after the morning's problems and lost track time, but the Spaniard tried to see the positives. 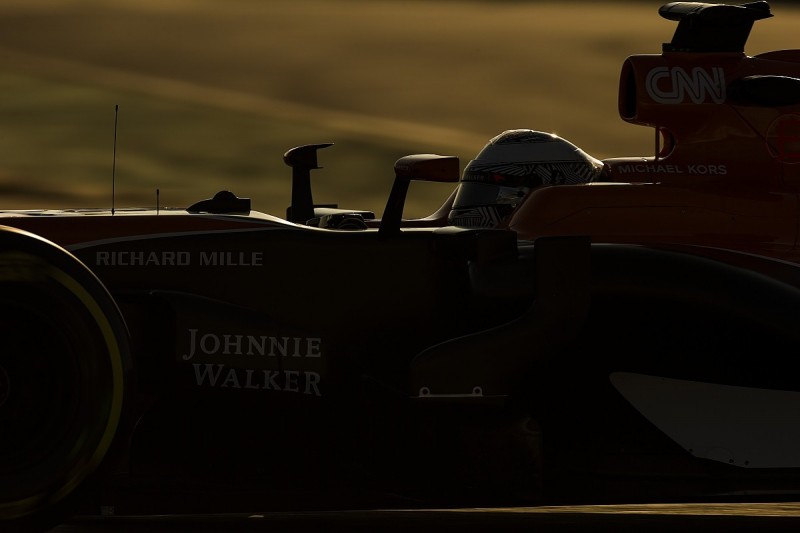 Honda has targeted major performance gains with its revamped power unit, with two-time champion Alonso entering the final year of his McLaren contract and eager to fight for wins and titles again.

"It's the first day of testing, so you are not too worried, and not too excited," he said.

"Even if you are in a very good position or a very bad position, there's still a long way to go.

"As I said, disappointed. You've been working three months on your physical fitness, on the simulator, on the sponsor commitments, launching the car.

"Now you hit the track, you go on the installation lap and something breaks down, and you lose the day.

"Time is very important this year, with the new regulations, with the new tyres, much information that we need to get in a very short period of time.

"You need to familiarise with the steering wheel, with the starting procedures, the pitstops, many things that are different this year, because of the tyres and the size of the car.

"Obviously one day is gone for me."