Alonso's car had been fitted with the new more-powerful 'spec 3' internal combustion engine for the Red Bull Ring event, and his pace looked promising after the opening day of practice.

But overnight Honda detected a problem with the MGU-H, and a decision was taken that it could not risk running it.

With replacing individual components proving very complicated, to change the MGU-H has necessitated a change of the entire power unit back to a 'spec 2' version.

As the engine being fitted has already been used at a previous event, there will be no grid penalties.

Although the power improvements with the 'spec 3' are still not enough for the Honda to match its rivals in out-and-out straightline speed terms, there has been a boost to performance. 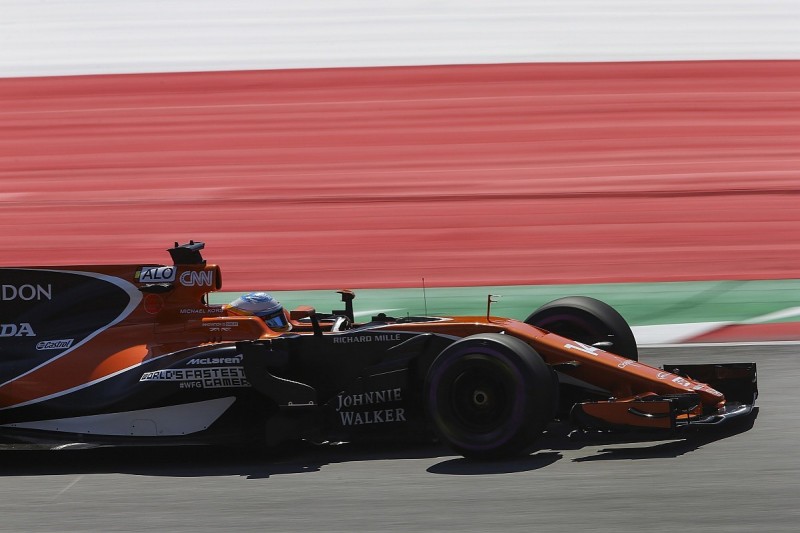 "Of course car performance is not just coming from the PU, so the chassis is also updated and it also depends on circuit characteristics," he said.

"But yeah, from the data point of view the engine also contributed to some of the lap time improvement so we are very happy about that."

Asked if he felt Honda was now on the right path, he replied: "I want to say so, but still it is too early.

"But definitely we are closing up some gap to the frontrunners but it is not huge enough to catch up the top runner level so still we need to try more."