Sainz had an offer from the works Renault F1 team for this season but Red Bull took up its option to keep him.

The Spaniard has repeatedly said he wants to step up to the senior team, but Max Verstappen and Daniel Ricciardo both have contracts for next year.

In response to the furore, Sainz stood by his remarks, insisting that he was grateful to Red Bull but reiterating that he had ambitions beyond staying at Toro Rosso.

"Everything probably has been thrown a bit out of proportion," he said.

"What I said yesterday is nothing strange, I believe.

"As a driver, as an ambitious driver, as a human, it's clear my first goal in life is to become a Red Bull driver and start fighting for podiums with them again - I owe them everything.

"I owe Toro Rosso and the people there everything I know in Formula 1 at the moment, but I have ambitions.

"My ambition is to be a Red Bull driver one day and hopefully sooner rather than later.

"What I said is a fact: in 12 years of Toro Rosso, no one has been a fourth-year.

"For me to be a fourth-year, I'll be the first one in history.

"It would be a strange situation, usually it's a junior team where you want to develop drivers." 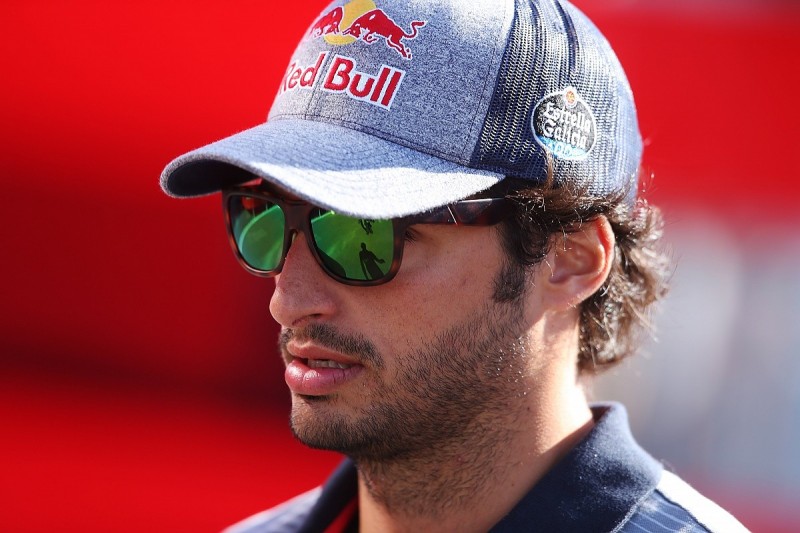 When asked directly about Tost, Horner and Marko's comments, Sainz said: "I'm not stupid, I see what happens, how everything developed.

"I was a bit surprised, if you can put it that way.

"It's something that sometimes in F1 happens.

"I will learn from this and from now onwards, it will stay a bit more internal."

Autosport understands Red Bull took up the option to keep Sainz in the Red Bull family for 2018 last week.

When asked if it was 100% clear he will be driving in one of the Red Bull teams next year, Sainz said: "By the looks of it, it looks like they keep trusting in me, which is great news for me.

"It looks like my bosses are happy with my performance, so by the looks of it, at the moment, yes.

It is believed Sainz has had discussions with other F1 teams regarding a move beyond this season, though he would not comment on whether there had been any offers made.