Mexico City polesitter Hamilton locked up going into the first corner of the race and slid over the runoff area, rejoining still in the lead - partly because Nico Rosberg and Max Verstappen were wheelbanging in his wake.

Hamilton was not penalised for the incident and went on to win the race, while Verstappen did get a penalty for going beyond track limits at the same place while defending third place from Sebastian Vettel later on.

Whiting was invited to the pre-event press conference ahead of this weekend's Brazilian GP to explain the Mexico controversies, and said there were clear differences between Hamilton and Verstappen's handling of their mistakes.

"The principal difference between two was simply in Lewis's case it was felt he didn't gain any lasting advantage, and in Max's case, he did," said Whiting.

"You can see Lewis makes a small mistake at the beginning, cuts across, gains significant track advantage but then sets about giving that back, immediately

"We can see on the straight between Turns 3 and 4 he backs off to 80% throttle to give that advantage back.

"Then, about a minute later, the safety car is deployed and that advantage is gone completely.

"So the stewards felt there was no lasting advantage. 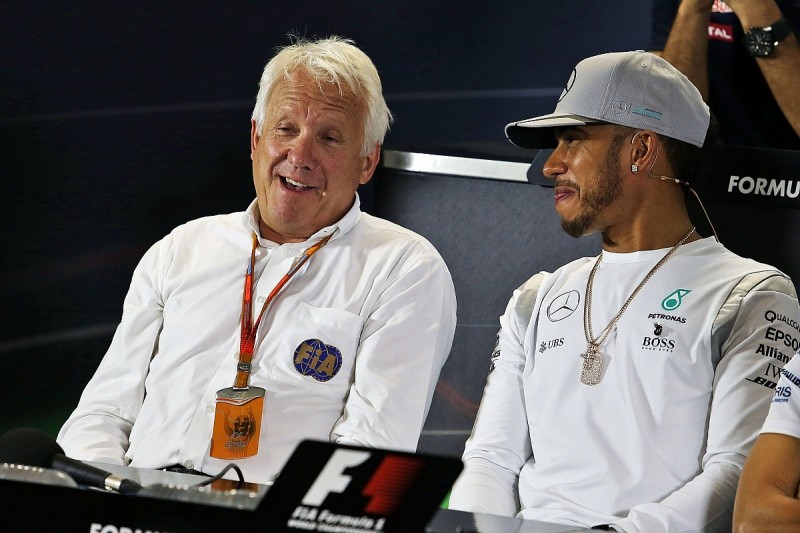 "If Max had done the same thing on the straight between Turns 3 and 4 he would certainly have lost a place, which is why the stewards felt that deserved a penalty, because the driver had gained a lasting advantage.

"That's the fundamental difference between the two incidents in the eyes of the stewards."

Verstappen still felt the rulings had been inconsistent.

"Of course I don't agree with the decision but it doesn't really make a lot of difference does it? I got a penalty," he said.

"If you give penalties, give to both or don't give any penalties."

The Red Bull driver argued that there should be a standard penalty for exceeding track limits rather than cases being judged individually.

"What we maybe need to change for the future is that, once you go off it should be a penalty on its own," suggested Verstappen.

"The stewards shouldn't interfere and decide whether it's a penalty.

"Once you go off that should be a penalty on its own."

But Hamilton disagreed, arguing: "The stewards have a very, very difficult job because every single scenario is different.

"It's not easy to apply the same rule to every single thing.

"I also agree with Max that we should work with Charlie, as we have been through the year, to try to make it easier for them to make decisions and for it to be more clear."