Massa's final home race in F1 ended when he crashed out near the pit entry on lap 47, but it allowed him to walk back to the pits waving to fans with a Brazilian flag over his shoulders before being applauded by rival teams on his way to the Williams garage.

Williams head of performance engineering Smedley told Autosport: "To see all of that, just to see the amount of love for him was incredible.

"Mercedes is a team he's never had anything to do with, or been near, and all their guys came out and showed him so much love.

"All the Ferrari guys came out because he's so loved down there, but it was still quite incredible.

"All his family were there and they all surrounded him. It was massively important they were there to support him and carry him through. 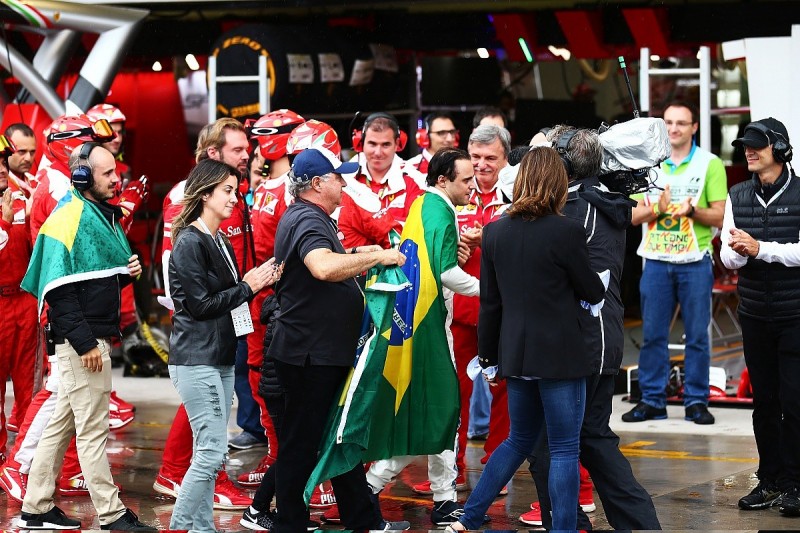 "We're all just really, really proud of him.

"You've got that weird juxtaposition of wanting him to have done well and finish on a real high.

"But then having seen what we did see, it was then even more special than him finishing in eighth or ninth position."

Force India duo Sergio Perez and Nico Hulkenberg finished fourth and seventh respectively in Brazil to give the team a 27-point lead over Williams with only the final race in Abu Dhabi remaining.

The most points Williams has collected from one race this season has been 22, with Smedley admitting "we know the car is lacking pace".