Massa challenged for the title in 2008, losing out to Lewis Hamilton, but he struggled to repeat that form with Ferrari following the injuries he suffered in qualifying for the 2009 Hungarian GP.

But on joining Williams in 2014, the Brazilian has looked reborn and this season he has matched Valtteri Bottas, who has been linked with a move to Ferrari in 2016, with just two points separating the team-mates.

"When we signed Felipe, I was personally very happy because I know Fernando [Alonso] very well and I know anyone who races Fernando is very good," Symonds told AUTOSPORT.

"But even I was surprised by just how well he has fitted into the team.

"By putting him into an environment where he is respected, he has delivered even more than I thought he could do."

While Massa is competing in his 13th season in Formula 1, Bottas is in only his third campaign and Symonds believes the Finn will keep getting better.

"When I joined the team in the latter part of 2013, I went to a few races and I saw how difficult it was for Valtteri," said Symonds.

"He was driving a car that was acknowledged as a very difficult car to drive in a team which was struggling.

"He might have learned a bit in 2013 about the circuits and procedures but I don't think he learned a lot about racing and Formula 1.

"The progress he has made since late 2013 to mid 2015 has really been good - and it absolutely hasn't finished.

"He's a very analytical guy and he will continue to get better at that aspect.

"I'm really happy with our driver line-up. They get on very well, they are very competitive.

"They slug it out against each other. There is nothing to choose between them.

"They are a great combination and a real contribution to what the team has done." 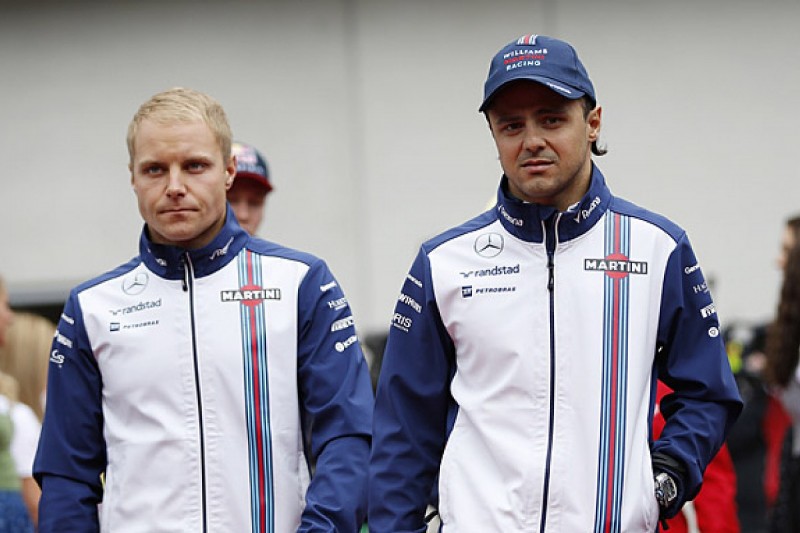