Formula 1 should allow free engine development because it would lead to greater parity between the manufacturers and create better racing, believes Toro Rosso's Franz Tost

The suggestion would effectively result in the abolition of the token system, introduced as a way of limiting development costs following the introduction of 1.6-litre V6 turbo-charged hybrid engines into F1 in 2014.

Tost feels the use of tokens is too restrictive to Ferrari, Renault and Honda in the trio's efforts to close the gap to dominant rival manufacturer Mercedes.

When asked what needs to change in F1 to make it better, Tost told AUTOSPORT: "What do people want to see? People want to see fights, overtaking, to see different teams fighting for the championship.

"How can this be achieved? It can only be achieved if you have parity of the power units.

"Currently there is one power unit ahead of the rest by far, and with our regulations, with the tokens, the other engine manufacturers are not allowed to develop the engines as they maybe want to.

"If one is so far ahead and the others are not allowed to catch up and develop in a certain way, then we will never achieve parity.

"The parity, in my eyes, is one of the key topics to guarantee interesting races, because if Mercedes, Ferrari, Red Bull, McLaren, whoever is involved, are fighting for the championship going into the last two or three races then people are interested.

"But currently people are not interested because they know the result beforehand, so for me, development of the engines should simply be free."

TOKEN SYSTEM DOES NOT SAVE MONEY 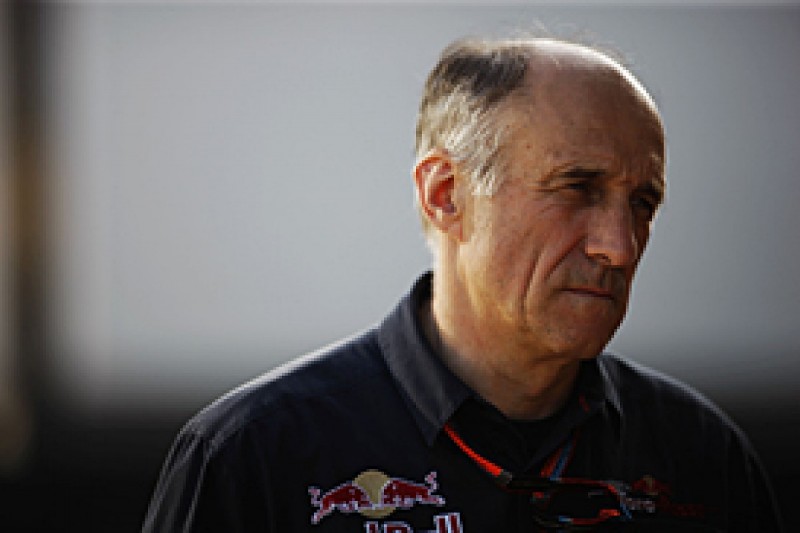 Tost feels the token system has not been successful in helping achieve the ultimate aim of reducing engine development costs.

"The reason why we came up with the tokens is to save costs, but in the end it's more expensive," he added.

"If you are in front then you have already invested the money, but if you are not in front you have to invest that money later, which is much more difficult because of the regulations.

"You are forced to find a way, so in the end it becomes very expensive."

Suggested to Tost that open engine development would likely lead to Mercedes pulling further ahead, he replied: "Yeah, OK, but then the others must catch up if they want to stay in Formula 1.

"Personally, I would prefer a single-spec engine, but then you lose the manufacturers, and they are important for Formula 1 and for its image.

"I hope more manufacturers join, but you have to give them the possibility of reaching a certain level, to close the gap to the top manufacturers.

"You can't do this with the current regulation that they are only allowed to develop with a certain number of tokens."

Is the motorsport world sexist?