Felipe Massa will not have to hand back the Williams Formula 1 chassis he was given as a retirement gift, despite rejoining the grid for 2017 after all

Williams gave Massa his chassis from the 2016 Brazilian Grand Prix when it appeared he was calling time on his F1 career at the end of last season, but then had to ask him to come back from retirement when Valtteri Bottas moved to Mercedes.

Massa is adamant that car is part of his new deal.

"It's mine, it's mine," said Massa when asked if he got to keep the car.

"I saw the car in the factory two days ago, it's got my name on the side.

"What happened in the last two races - especially in Brazil - I had an amazing feeling. It was the perfect stopping feeling.

"And then everything changed, and my heart was pushing me to carry on. I followed that.

"It was a little surprise when Claire [Williams] called me to ask if I'd stop my retirement, but definitely I'm ready and motivated.

"I was not retiring from racing, and I was looking at a different category, but then everything changed - and I still feel not so old, and ready to come back again." 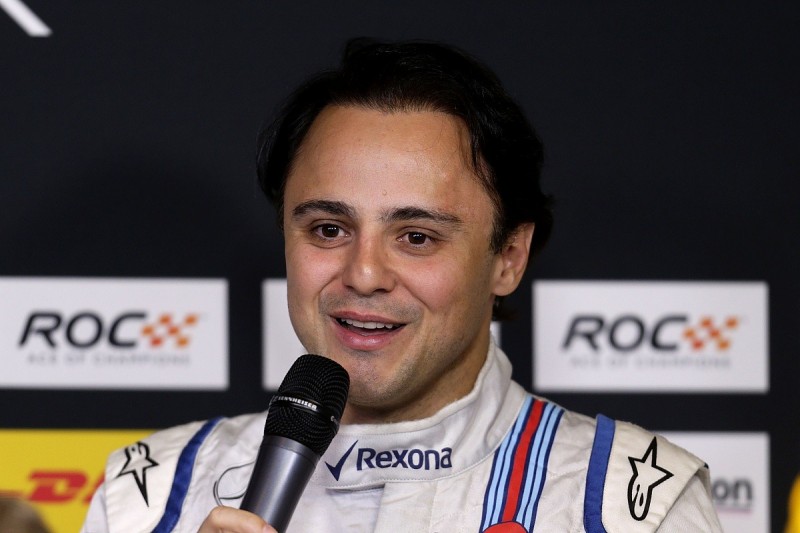 Massa is competing in the Race of Champions in Miami, and joked that he had originally planned to "enjoy" a weekend of restaurant visits but has now had to resume a full F1 fitness regime.

"I'm back training every day in Miami," he said.

"Everything has changed with the rules, so it'll be a completely new car.

"The way of driving, we just have to learn in these eight days of testing.

"I'm ready to help pass all my experience to the team to be as competitive as they can."

He also sent his best wishes to Bottas for his career at Mercedes, where the Finn replaces world champion Nico Rosberg alongside Lewis Hamilton.

"I really hope for the best for Valtteri, now he has the opportunity to go to Mercedes," said Massa.

"It's the team that won the last three championships, and I'm sure they're going to be competitive again.

"It was a big surprise when Nico decided to stop, and I'm only back in F1 because of this."