While most of the spotlight of Formula 1's 2017 rule changes is on the aerodynamic revamp, there are significant changes under the fin-style engine covers too

With the engine token system gone, restrictions on fuel blends, weight and materials will instead be used to try to limit manufacturers' scope for excess expenditure.

For 2017, each team will only be able to nominate five fuel blends for the season, and only two at any given race weekend. Previously, an unlimited number was on offer.

This will heavily reduce the scope for vast changes between qualifying and race conditions, along with restricting teams' flexibility to run fuel blends tailored to different circuits' characteristics.

Even for a team with a close and stable relationship with a fuel and lubricant supplier - such as Mercedes with Petronas - this will require some adaptation.

The impact will really be felt by teams affected by the fuel partner shuffle going on elsewhere, as Red Bull switches to Exxon/Mobil and McLaren moves to BP/Castrol. Renault too is poised to confirm a move away from Total imminently.

At least Red Bull can benefit from the wealth of experience Mobil built up with McLaren and its previous engine partners Mercedes and Honda.

And though BP is three seasons behind in development understanding, it will build a database quickly - especially if it does add Renault and Toro Rosso to its roster.

Lubricant quality is key to power output throughout the rev range, efficiency and reliability in F1 engines. 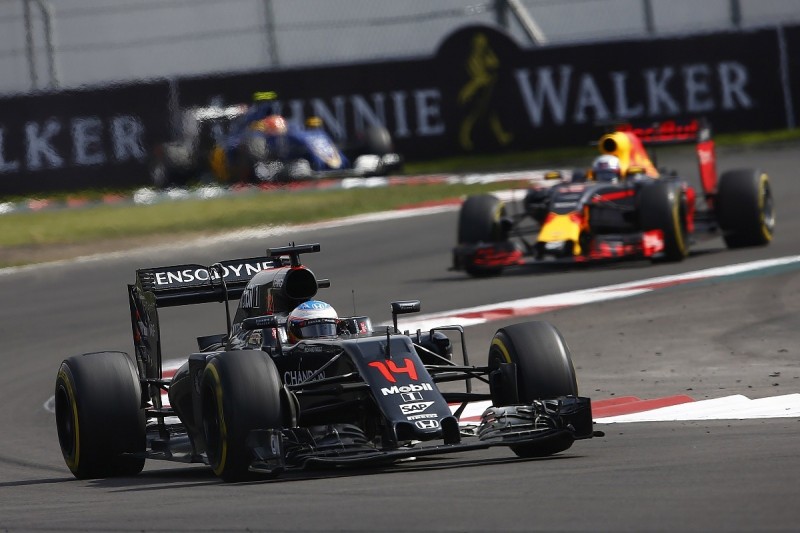 Teams' suppliers travel around the world with them, setting up their own labs in the pitlane to check legality, monitor their products' performance, help make decisions on what specifications should be used and, in some circumstances, spot potential failures before they even happen.

There is a hefty workload at each race. As fuel is shipped direct to each grand prix, the engineers must first check it hasn't been contaminated and won't fall foul of the FIA's scrutineering processes.

A gas chromatography machine breaks down the fuel and makes sure its molecular make-up matches the sample held by the FIA. Around 40 samples are tested each GP weekend.

It's not only the fuel that is under scrutiny in the fuel suppliers' trackside lab, with tests conducted on the oil being run through the V6 hybrid power unit and the gearbox too.

Shell, for example, uses a rotating disc electrode optical imaging spectography device (or RDEOES for short), to test the lubricant for any sign of metallic contaminants that might signal too much wear and a looming failure.

The lubricant-makers also face a challenge from the new aerodynamic regulations, as the substantial rise in cornering speeds will increase the forces placed on all areas of the car and the life expectancy of components. 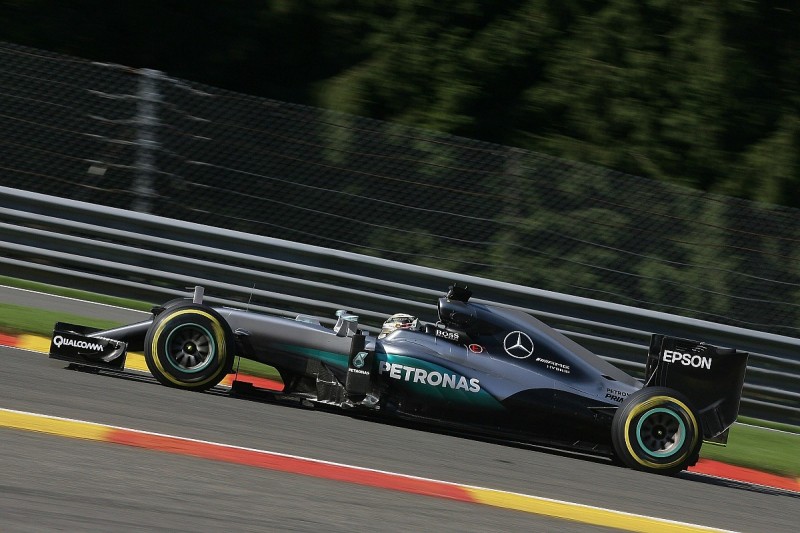 The token system was a logical move by the FIA ahead of the turbo hybrid era, as it looked to contain spending and development.

But it backfired when Mercedes began with a monumental advantage and its rivals lacked opportunities to close the gap with their development restricted.

For 2017, the manufacturers and FIA agreed to a different approach - with restrictions now focused on weight and dimension.

The rules have also added dimensional restrictions to the crankshaft bearings, limiting the compression ratio of the cylinders (no higher than 18.0) and limiting coating thickness for gold, platinum, ruthenium, iridium and rhenium to 0.035mm.

These changes are designed to limit development, preventing the manufacturers from chasing finite gains - and updates will have to be more considered too, now that drivers only get four power units per season.