Renault's engine reliability problems at the start of the 2019 Formula 1 season have been a consequence of it fast-tracking performance gains, Cyril Abiteboul believes

The French manufacturer made bold pre-season claims about its engine's progress for the 2019 season but has suffered a spate of setbacks, mainly involving the MGU-K.

Renault has struggled to make consistent performance steps in the V6 turbo-hybrid era without sacrificing reliability, but its F1 managing director Abiteboul is optimistic it will soon move past its early-2019 gremlins.

"We clearly need to improve the reliability of the engine," he said. "Over the winter we have been very vocal about the expectation, but also about the ambition in terms of power gain on the engine.

"I think we've accomplished that, but in order to secure that we had, on a number of occasions, to fast-track some of the internal processes because it's a Catch-22.

"Clearly every single time we could, we biased our internal processes towards performance.

"So we are paying a little bit for that, but I hope that it's short term pain for long term gain." 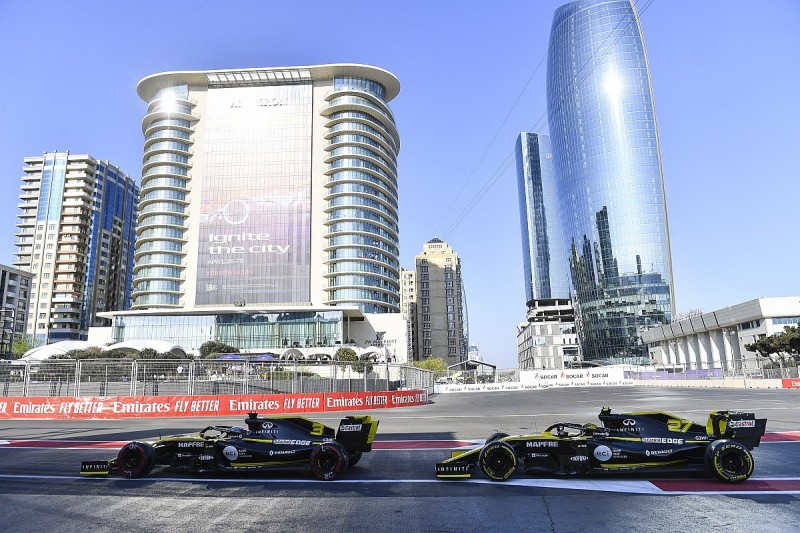 Renault is fourth in the constructors' championship despite software setbacks in qualifying and a double failure in the race in Bahrain, and Nico Hulkenberg retiring again in China.

A software issue that the team did not catch during the transition to the upgraded spec caught Hulkenberg out in China, and despite attempting a reset from the cockpit, he had no choice but to stop.

A fix has been put in place for Azerbaijan.

"We have a very simple change in one line of code, and hopefully that will have sorted the problem we had in Shanghai," Abiteboul told Autosport.

"We hope not to see any new problems at this race.

"Basically it's a default mode that can be triggered. It's an infinite loop, like sometimes on your laptop, when you see the task manager consuming 98% of the whole CPU.

"We tried to reset it, but we just needed to do a power cycle in the garage, and it was back online. It's not something you can do on track."

Abiteboul said that the glitch slipped through the net because of the workload involved in rushing the new spec MGU-K to the track after McLaren-Renault driver Carlos Sainz Jr's Melbourne failure.

"I was confident that we brought the right fixes, and it's true, we haven't had any hardware failure related to the one we had in Melbourne and thereafter in Bahrain," said Abiteboul.

"We did 95% of what needed to be done, we had to fast-track some of those different steps, and by doing that there was a gap in the software side of things, and that's what hurt Nico."