Kevin Magnussen believes overtaking might be easier this Formula 1 season, based on the DRS overtaking aid having a bigger impact

There is a feeling within F1 that the extra emphasis on aerodynamics in 2017's new regulations will have a negative impact on wheel-to-wheel racing.

Pirelli motorsport chief Paul Hembery has suggested F1 will end up with processional racing because the rules shake-up will spread the field out.

Haas recruit Magnussen is not convinced, and believes DRS could become more effective with the new rules.

"The DRS should have a bigger effect than last year as there is more downforce and drag on the rear wing," he told Autosport.

"When you open the DRS it should make a bigger difference to the car in front, so there are things that point to better racing.

"With more downforce, you would think it would be hard to stay close but we will have to wait and see."

F1 cars will look dramatically different this year, with changes to the rules also expected to make them five-to-six seconds faster per lap. 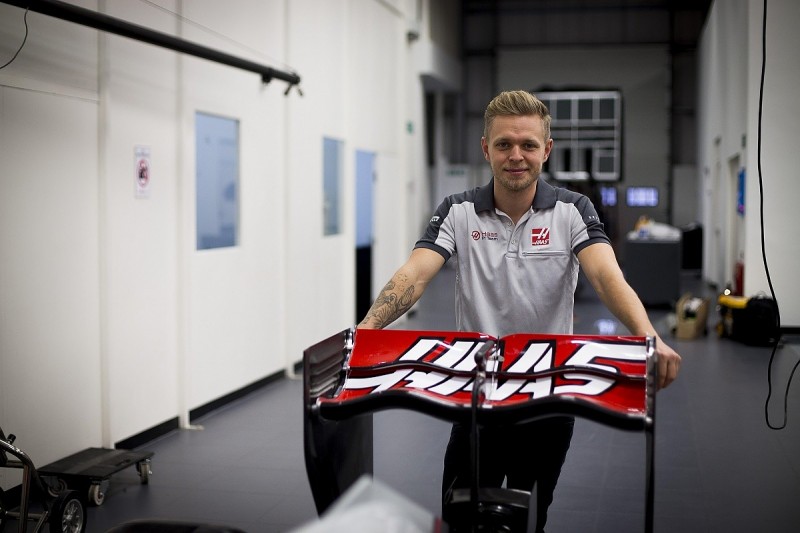 Magnussen is looking forward to racing in the new machinery, especially as drivers are expected to be able to push the cars.

"I'm quite excited because having faster cars is good for us," he said.

"We want to push and to go fast and be on the limit.

"You were always on the limit from the moment you left the pitlane.

"So it will be good to drive a car that challenges you to find the limit instead of looking for a compromise - tyres, aero, balance and so on.

"I hope it's going to be more challenging to find the limit."

Drivers have been working on building strength in the gym over winter to cope with the increased g-forces that will come with higher cornering speeds.

"I have to assume the cars will be massively hard to drive," said Magnussen.

"So the motivation to train hard is quite high because I feel like it might make a real difference.

"The training is not just two hours on a bike or on a treadmill, it's really tough, focused training, which I enjoy."

Why are manufacturers snubbing Formula 1?