Sebastian Vettel put Ferrari on top by over a second on the penultimate day of pre-season Formula 1 testing at Barcelona, as nobody got close to his unofficial lap record

The Ferrari driver's morning hypersoft effort of 1m17.182s stood as the day's quickest by 1.178s, as teams elected to focus largely on long-run pace in the afternoon session.

That meant most of the times from the morning did not change in the afternoon, with Haas driver Kevin Magnussen using supersofts to end up second-fastest ahead of a slew of hypersoft runners.

Toro Rosso's Pierre Gasly equipped the hypersofts in the final hour to move up to third, just 0.003s behind Magnussen, while Carlos Sainz did likewise to go fifth behind Renault team-mate Nico Hulkenberg.

Stoffel Vandoorne was sixth-quickest on the strength of his morning time, as McLaren finally got serious mileage this week, clocking 151 laps.

Vandoorne finished one place ahead of Marcus Ericsson, who caused the day's sole stoppage when he spun his Sauber at Turn 4 with just over an hour left on the clock.

The otherwise uninterrupted running allowed teams to rack up impressive lap counts. Max Verstappen focused on race simulations and was second-slowest, but the Red Bull driver's 187-lap tally was only beaten by Vettel, who only reached 188 laps with bonus circulation after the chequered flag while conducting practice starts.

Gasly (169), Force India's Sergio Perez (159 laps) and Magnussen (153) all hit a century and a half, while Mercedes reached a combined tally of 181 across Lewis Hamilton and Valtteri Bottas. 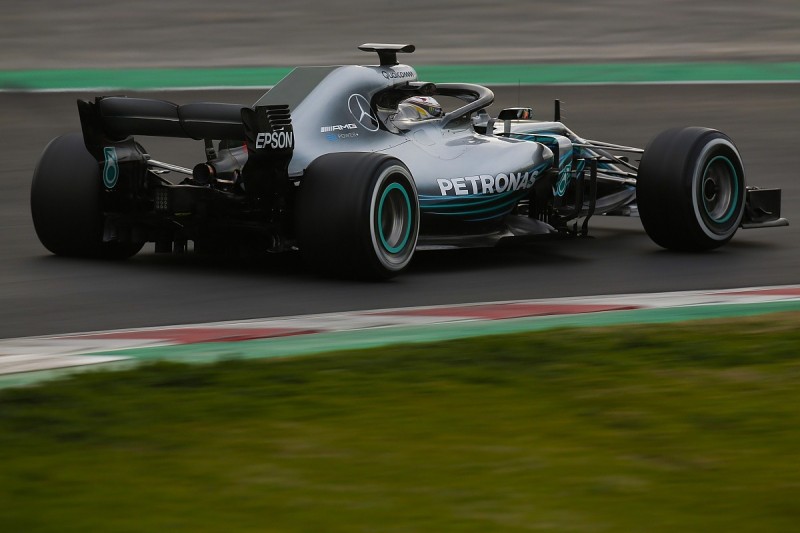 Hamilton got ahead of Bottas on a long run on medium tyres late in the afternoon.

Lance Stroll focused on long runs again and was slowest of all, having taken over the Williams from Robert Kubica for the afternoon session.