Over the course of the Italian Grand Prix weekend the dates of the two-four-day tests emerged - February 27-March 2 and March 7-10 - but with venues still to be determined.

At present there is a difference of opinion in the F1 paddock, with some teams eager to save costs and remain in Europe.

But with new wider tyres to be introduced next year, Pirelli - supported by a number of other teams - want to head to Bahrain.

The Italian manufacturer wants the new rubber, which will be on the 2017-spec cars for the first time at that stage, to be assessed in more relevant temperatures than the cool climate of Europe at that time of year.

"We're still waiting for clarity on the locations of the tests, but our preference would be a hotter location," Pirelli motorsport director Paul Hembery told Autosport.

"We've been quite consistent in saying that with such a big change, from our position, it would be better to head somewhere with a representative temperature, and in Europe we don't get that.

"In Barcelona, for example, the temperature is quite a bit below what you would get during a race, so we'd prefer to go somewhere like Bahrain."

Of particular concern for Hembery is that at present no testing is scheduled for its two wet-weather compounds, the full wets and the intermediates. 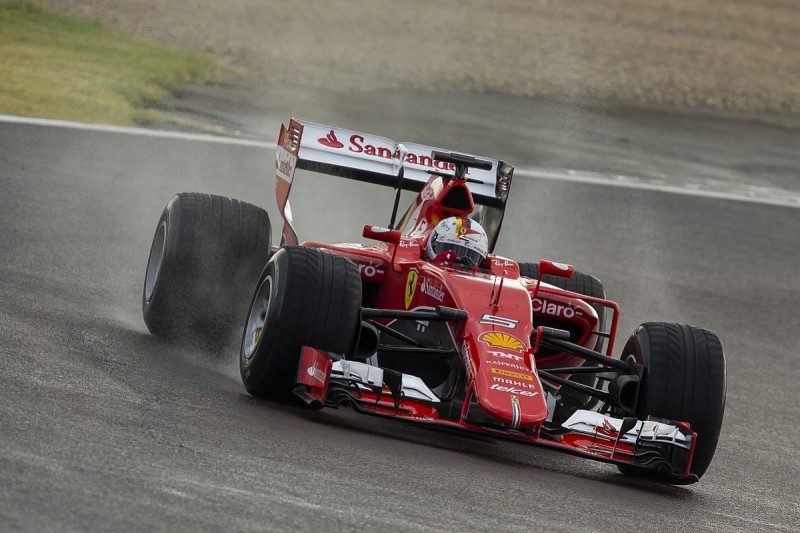 Pirelli is currently running the rule over its range of compounds for 2017 with the use of hybrid 2015 cars - with Ferrari, Mercedes and Red Bull taking part - that attempt to replicate 2017 downforce levels.

Hembery, however, believes it is vital at least a day or two of wet tyre testing take places prior to the start of the new season.

Hembery said: "Moving to such a wide tyre, where trying to achieve a suitable aquaplaning level and a balance with wet handling, is a challenge.

"We would advise the teams that going into a season it would be wise to plan something pre-season rather than using the free practice sessions, qualifying or a race to first discover things.

"The reality is in Formula 1 there is not a perfect wet test situation.

"Fiorano and Paul Ricard can be used, but you'd have to do it in groups of probably three cars if you wanted to fit something in pre-season.

"The problem is the cars aren't physically available until the [pre-season] dates that have emerged."

The battle for ownership of F1 explained