Formula 1 has postponed the Dutch and Spanish Grands Prix due to coronavirus, while Monaco has been cancelled, with the season only resuming when "it is safe to do so"

With the impact of the virus outbreak expected to last for months, F1 chiefs confirmed on Thursday that the start of the season will be delayed further, after the cancellation of the Australian GP was swiftly followed by the postponement of races in Bahrain and Vietnam.

The Automobile Club de Monaco announced the news in a statement that followed the news from F1 that it had initially been postponed along with the Netherlands and Spain, saying that the event was "no longer tenable."

The ACM made it clear that the decision was a result of a combination of circumstances, including the potential availability of the workforce required to build up the circuit, along with the volunteers who operate it on the race weekend.

The Historic GP, which was to have taken place a fortnight earlier, has also been cancelled.

The ACM said: "The current situation concerning the worldwide pandemic and its unknown path of evolution, the lack of understanding as to the impact on the FIA F1 World Championship 2020, the uncertainty with regards to the participation of the teams, the consequences with regards to the differing measures of confinement as taken by various governments worldwide, the multi-border restrictions for accessing the Principality of Monaco, the pressure on all implicated businesses, their dedicated staff who are unable to undertake the necessary installations, the availability of the indispensable workforce and volunteers (more than 1500) required for the success of the event means that the situation is no longer tenable.

"To all the fans, spectators, partners and our members, the Board of Directors wishes to express its sincere regrets that these two events cannot be postponed and under no circumstances, will it be possible to organise these events later this year." 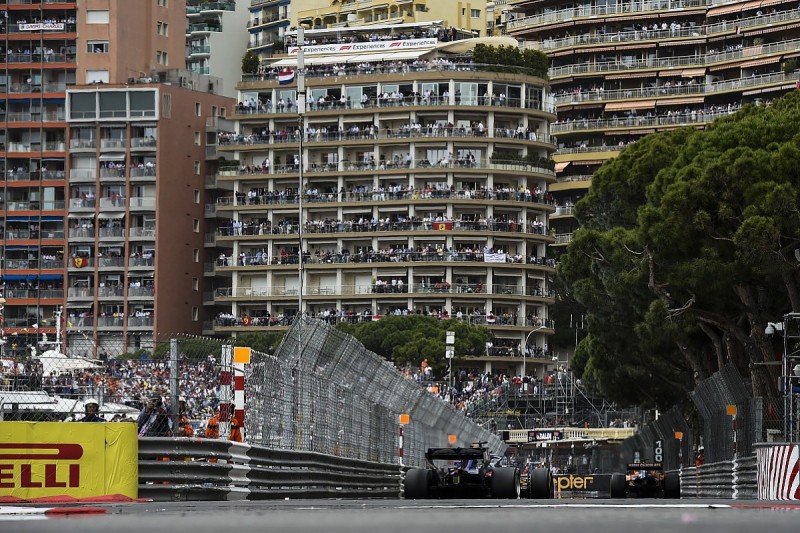 The earliest the season could now start would be Baku in June.

In a statement issued by motor racing's governing body, the FIA, it was said the decisions were prompted by the desire to ensure the safety of competitors and fans.

"Due to the ongoing and fluid nature of the COVID-19 situation globally, the FIA, Formula 1 and the three promoters have taken these decisions in order to ensure the health and safety of the travelling staff, championship participants and fans, which remains our primary concern," explained the statement.

"The FIA and Formula 1 continue to work closely with affected promoters and local authorities to monitor the situation and take the appropriate amount of time to study the viability of potential alternative dates for each Grand Prix later in the year should the situation improve.

"The FIA and Formula 1 expect to begin the 2020 Championship season as soon as it is safe to do so after May and will continue to regularly monitor the ongoing COVID-19 situation."

The first race after the Monaco GP is the Baku GP on June 7, with the Canadian GP scheduled to take place a week later.

F1 has already scrapped the summer shutdown in August in a bid to hope to use that gap to slot in some races should it be able to rescue the 2020 campaign.