Formula 1's key players have agreed to postpone the introduction of the planned 2021 technical regulations until 2022, amid the continuing uncertainty caused by the coronavirus pandemic

The team bosses had discussed a delay earlier in the week with the knowledge that they are all set to take a hit to their income without a full calendar of races this season, along with the global economy inevitably suffering.

Nine teams had agreed, but Ferrari initially did not and wanted to discuss the ramifications internally before committing to a decision.

In today's call, Ferrari is now understood to have been supportive of the movement to push back the ruleset, suggesting unanimity between the teams.

Autosport had previously reported the change in Ferrari's stance, as team principal Mattia Binotto felt now was "not the time for selfishness".

The plan is for the 2020 rules to be used for a further season, with the current chassis being used in '21 and the possibility of a freeze on more components to be introduced.

Teams will then develop their cars to the new regulations during the 2021 season under the new financial regulations, which include a cost cap.

The details of the regulation changes now have to be fully worked through, and ultimately passed by the World Motor Sport Council before they can come into effect. 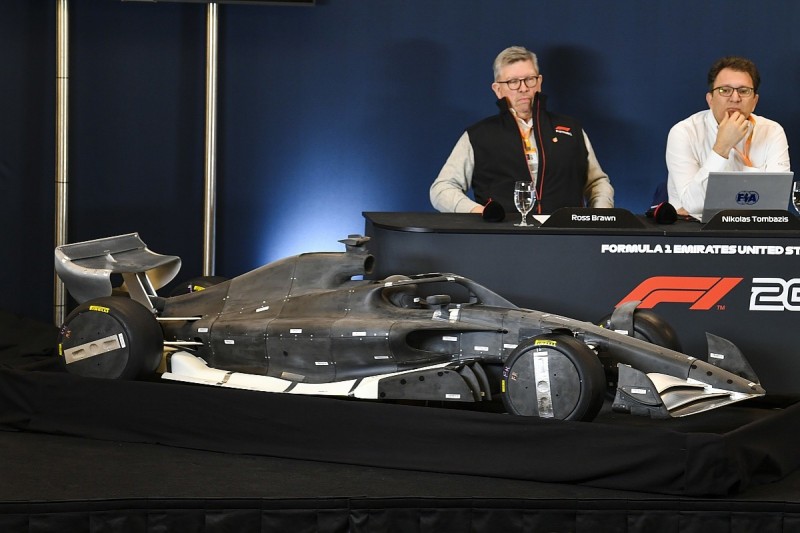 A statement read: "Following unanimous agreement between the FIA, Formula 1 and all teams, the implementation of the Technical Regulations due to take effect from the 2021 season will be postponed until 2022.

"All parties further discussed the current situation of the 2020 championship and how the sport will react to the ongoing challenges caused by the COVID-19 pandemic.

"Due to the currently volatile financial situation this has created, it has been agreed that teams will use their 2020 chassis for 2021, with the potential freezing of further components to be discussed in due course.

"The introduction and implementation of the Financial Regulations will go ahead as planned in 2021, and discussions remain ongoing between the FIA, Formula 1 and all teams regarding further ways to make significant cost savings.

"All teams expressed their support for the FIA and Formula 1 in their ongoing efforts to restructure the 2020 calendar as the global situation regarding COVID-19 develops.

"All of these commitments will be referred to the relevant governing structures for final ratification."

The three-week factory shutdown that all teams have to adhere to in March/April means that process can be undertaken while teams have in effect paused any research and development work they may have started on their 2021 cars.

Designs pursued in 2020 will not be subject to the cost cap as it does not come into force until 2021, but the financial limitations created by the current hiatus in running would theoretically counter that.

Why McLaren’s "joker" doesn’t need to change much