Four-time world champion Vettel announced on Tuesday morning he would be leaving Ferrari at the end of the 2020 season after talks over a new contract broke down.

It has opened the door for Carlos Sainz Jr to join Ferrari as Charles Leclerc's team-mate for 2021, while Daniel Ricciardo is on-course to replace the Spaniard at McLaren.

Vettel's F1 future has been left in serious doubt following the announcement, with positions at other leading teams looking unlikely.

Current Racing Point driver Perez said he was unsure whether Vettel would continue in F1, believing he may be closer to retiring from the sport than joining another team.

"Maybe during this lockdown he has realised many things, and it has helped him to reflect," Perez told Autosport.

"It will depend on how much he wants it. His options to continue - it could be McLaren maybe, but I doubt it. 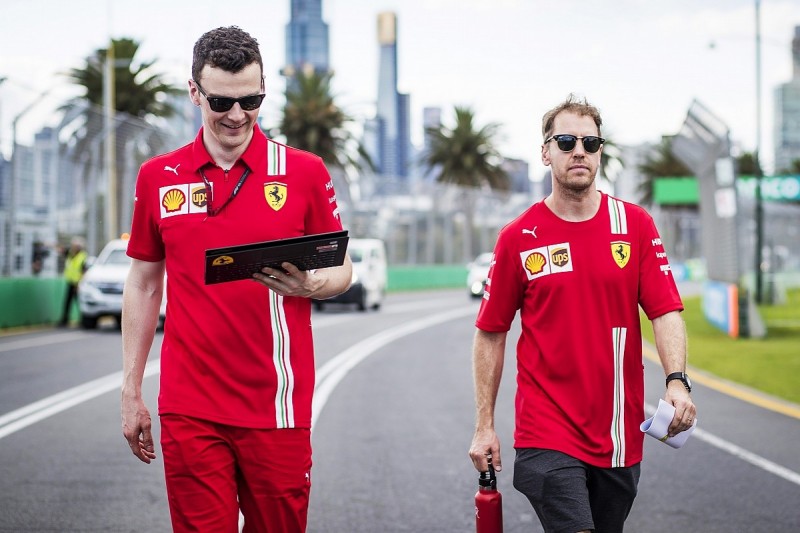 "It could be probably his last year in F1. I see him closer to retirement than to a different team, but we don't know.

"I speak more as a fan. I don't know exactly what's going through his mind."

PLUS: The top picks to replace Vettel at Ferrari

Sainz is expected to be named as Vettel's replacement at Ferrari later this week as the first major moves in the 2021 driver market play out.

Perez said Sainz was deserving of an opportunity with Ferrari following his impressive season for McLaren last year, leading the team to fourth in the constructors' championship.

"Carlos has had a great season with McLaren and, in the end in F1, you have to remember this is about the moment, about opportunities," Perez said.

"There is a very short memory. He has high chances [of joining Ferrari] and he deserves it.

"I think he is a great professional, an excellent driver, very hard-working. He understands the races well, and he knows how to make the most of his opportunities.

"I think it is a deserved opportunity to be considered beside Leclerc. He's young also, he has everything ahead of him and a unique opportunity."