Rain in the build-up to the start of the race at the Hungaroring prompted FIA race director Michael Masi to issue an update on inclement weather to all teams.

The teams were permitted to erect tent structures to keep the grid slots dry, but none chose to do so.

Masi informed the teams they were "not permitted to use any means to artificially dry the track, including but not limited to grid boxes e.g: blowers, tyre blankets, etc."

FIA technical delegate Jo Bauer issued a bulletin early in the race confirming that Red Bull had dried the grid slot used for Albon's car, lining up 13th, and referred the issue to the stewards.

"The Aston Martin Red Bull Racing team artificially dried the gridbox of car number 23 by using the engine cooling air of their leaf blowers when using these to cool the car engine," Bauer wrote.

"As this is in contradiction to the race director's notes, I am referring this matter to the Stewards for their consideration."

The stewards issued a summons 27 minutes later confirming that Red Bull was under investigation for "alleged artificially drying the grid box of car 23, alleged breach of Article 22.3 of the FIA Formula One Sporting Regulations." 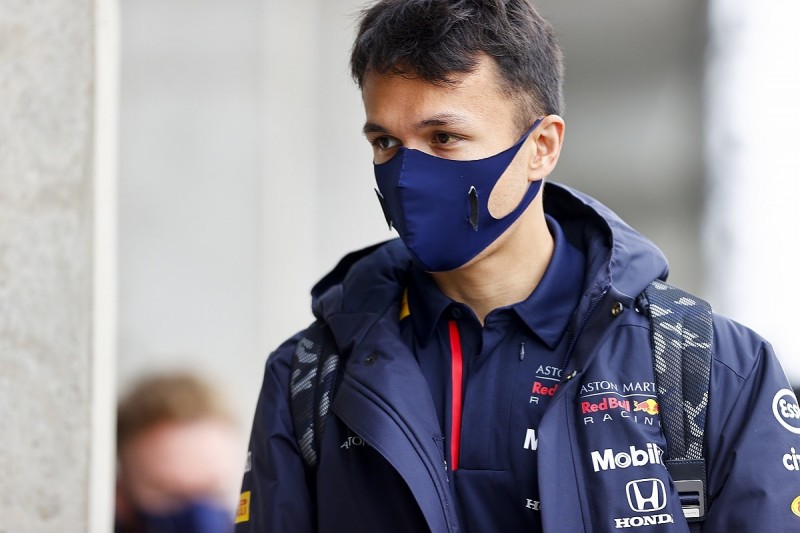 It is unclear what sanction would be given if Red Bull was deemed to have breached the regulations, as it is the first occurrence since a clarification was issued three years ago.

It prompted the FIA to notify teams that using the handheld tools for grid drying was in breach of the regulations as of the next race in Japan.

A representative from Red Bull will meet with the stewards at 5:15pm local time in Hungary (4:15pm BST).