The halo represents not just a structural challenge to the teams to incorporate it onto their cars, but it has opened up new aero development paths too

As part of the rule package that has come with the mandatory use of the halo, teams are given some scope to add small aerodynamic devices to it.

F1 designers are allowed to create surfaces up to 20mm from the main titanium structure, as long as it doesn't fall within the 'helmet template' where they could be hit by the driver in the event of a crash.

Such an opening in the rule has created some divergent thinking as teams bid to make use of the dramatic changes in air flow structure over the car.

Following the post-season Abu Dhabi test last year, it became clear that rather than just being bodywork that would streamline the internal structure, teams would create more complex 'winged' fairings for the halo.

McLaren sported a triple-element boomerang atop its halo during the test as a trial for its 2018 design. Each of these elements terminates on the side of the halo and will undoubtedly give off a very specific aerodynamic effect to improve the flow downstream. 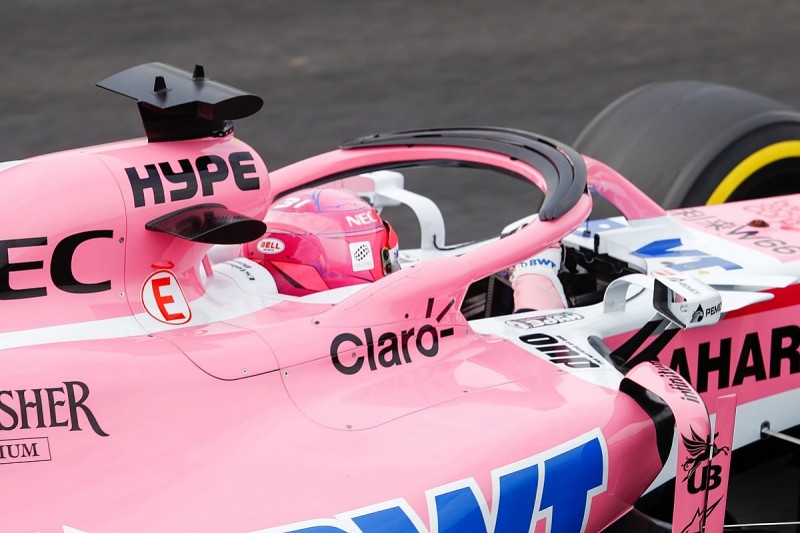 It's subtly different in its approach, but Force India has also trialled a triple element boomerang style winglet atop the VJM11, as it looks to improve the airflow's trajectory toward the airbox and rear wing.

Toro Rosso also gave us a preview of its aerodynamic fairing at the test in Abu Dhabi, utilising just a single boomerang winglet atop the halo.

However, during the recent Barcelona test it upped its game, as another winglet could be found mounted beneath the widow's peak. This was still outside the 'helmet template' but clearly not in a position that was intended for the fairing. 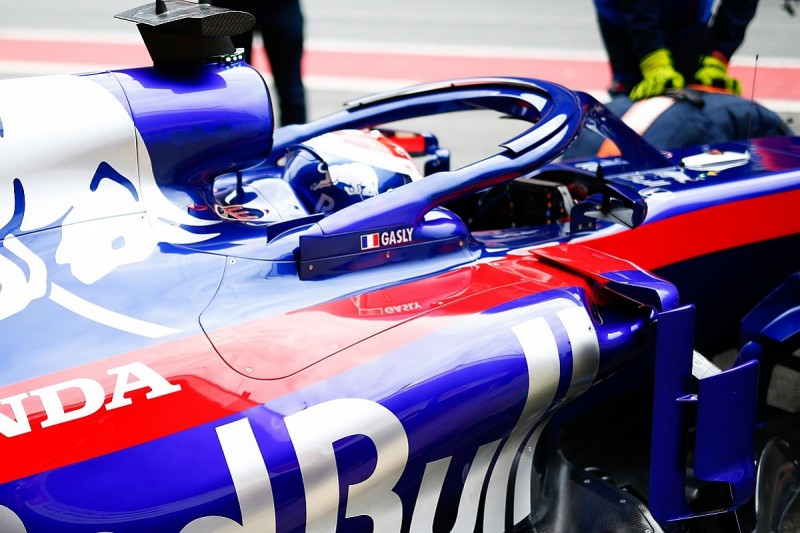 Toro Rosso has a rather elegant solution when it comes to the rear mounting points too, as the bodywork tapers off and is paired with another winglet to improve flow downstream.

Whilst most teams have arrived at the conclusion that hooped winglets are the way to go, it would appear that Haas has other ideas, as atop the VF18's halo we find a row of small vortex generators.

A similar configuration was present at the post-season test and it has been built upon - with a row of vortex generators affixed to the side of the widow's peak. 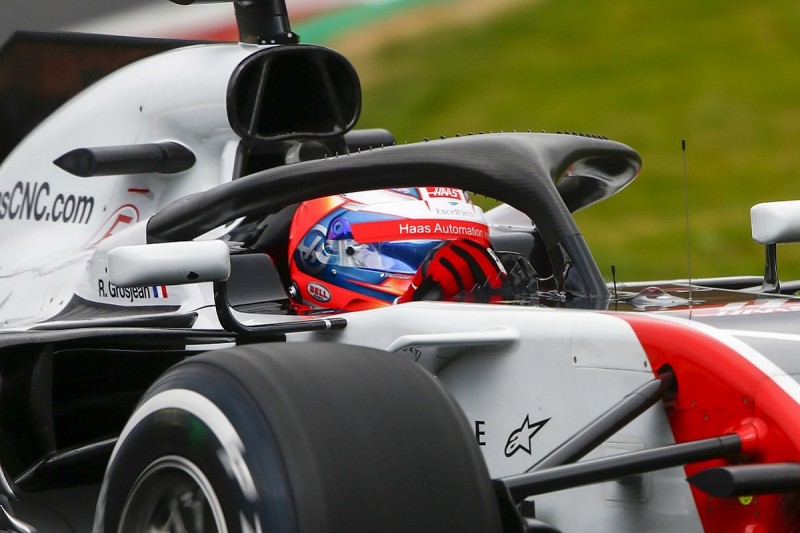 It's also worth noting that Haas has opted to deploy a serrated windscreen too, much like the one used by Mercedes in general over the last few years.

The aim of this will be to help alter the airflow's interaction with the driver's helmet, which has been impacted by the introduction of the halo.

It's not only the fairing that's being used to alter the airflow around the halo though, with several teams creating further aerodynamic furniture. 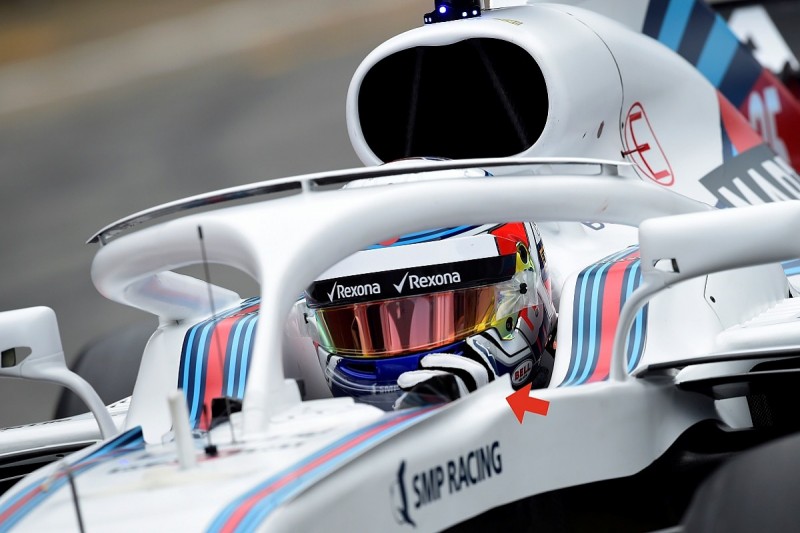 Renault also trialled another winglet on the fourth day of the test, located just below the airbox (white arrow) which helps to control the airflow that's spilled from the driver's helmet, improving flow into the airbox inlet. 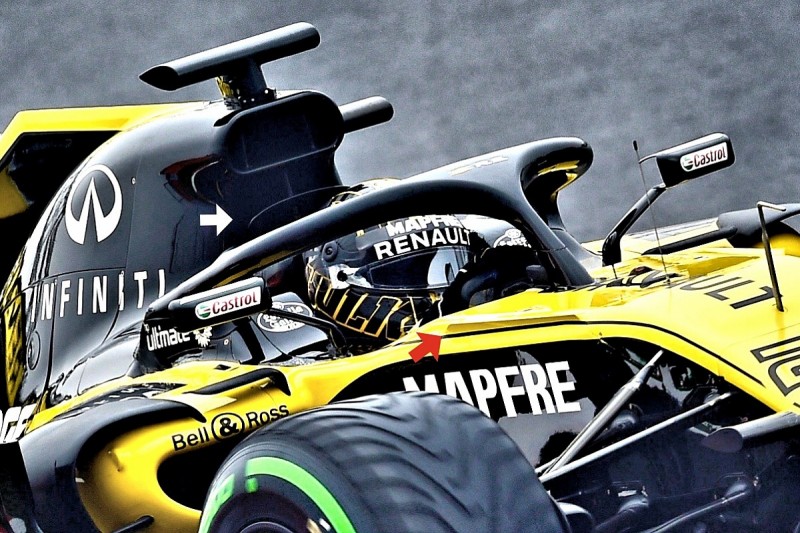 A handful of teams are yet to show their hand when it comes to an aerodynamic fairing, with Ferrari and Sauber also opting for just a single boomerang atop their halo at this stage.

However, it's expected that Mercedes, Red Bull and Renault will present their solutions in the forthcoming test in order that they are ready for the first race in Australia.