McLaren has taken a seat on the Formula 1 board for the first time, potentially giving the team a bigger say in the future of grand prix racing

The team joins Ferrari and Mercedes as the only entrants represented on the F1 board.

McLaren was first offered a seat by Bernie Ecclestone as part of past Concorde Agreement negotiations, but it did not take up the opportunity until now.

"McLaren has long had the right to a board seat," team executive director Zak Brown told Autosport.

"Because I wasn't there I don't know why they didn't take it up historically.

"But moving forward there are lots of changes coming in the future, and we have lots of opinions.

"We think we can help to shape that future, and we wanted to have a seat at the table in order to do so. So we took it up.

"Shaikh Mohammed is our executive chairman and my boss, and he's definitely the right person for the role.

"He knows the sport inside out. Like any other board their responsibilities are the strategic direction, governance and the big decisions, and ultimately they are the custodians of the sport." 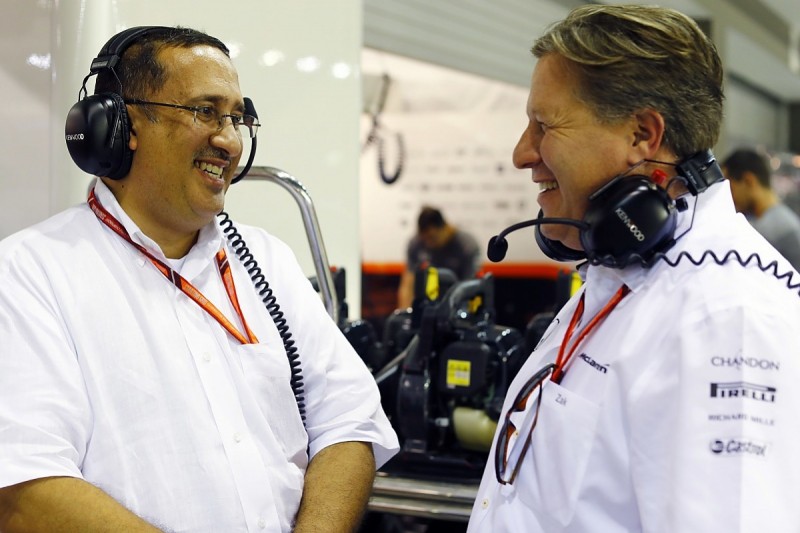 The board of Formula One Topco Limited - the newly registered UK arm of a company originally based in Jersey as Delta Topco Limited - currently reflects a mixture of the old and new eras of the championship's management.

On the team side Ferrari is represented by its president Sergio Marchionne, and Mercedes by Daimler's head of finance and board member Bodo Uebber.