Formula 1 drivers were left frustrated by the policing of track limits over the Austrian Grand Prix weekend, calling it “a bit of a joke” and “a bit stupid.”

Following a number of incidents at races last year concerning track limits, new F1 race directors Niels Wittich and Eduardo Freitas adopted a stricter approach for 2022, defining the edge of the track as being the white line and sanctioning any breaches accordingly.

The Red Bull Ring in Austria typically sees drivers running wide at a number of corners due to its layout, including the two right-handers at Turns 9 and 10 to finish the lap, making track limits a point of focus.

But amid the debate about the consistency of race officiating, a number of drivers expressed their frustration over how track limits had been handled over the weekend.

“The track limits debate this weekend has been a bit of a joke, not only in F1 but in F2 and F3,” said Red Bull driver Max Verstappen.

“It’s easy to say from the outside, yeah, but you just have to stay within the white lines. It sounds very easy, but it’s not, because when you go that quick through a corner and some of them are a bit blind, you have a bit more understeer, tyres are wearing, and it’s easy to go over the white line.

“But do you actually gain time? Maybe yes, maybe not. To be honest, it’s only like two or three corners where you can go a bit wider.

"I don’t think we should have this, ah you went 1mm over, that’s a penalty or whatever. Then just add a wall or bring some gravel back.”

Verstappen added he thought it “doesn’t look good for the sport as well” to clamp down on areas where drivers would be “naturally penalised” by running wide. 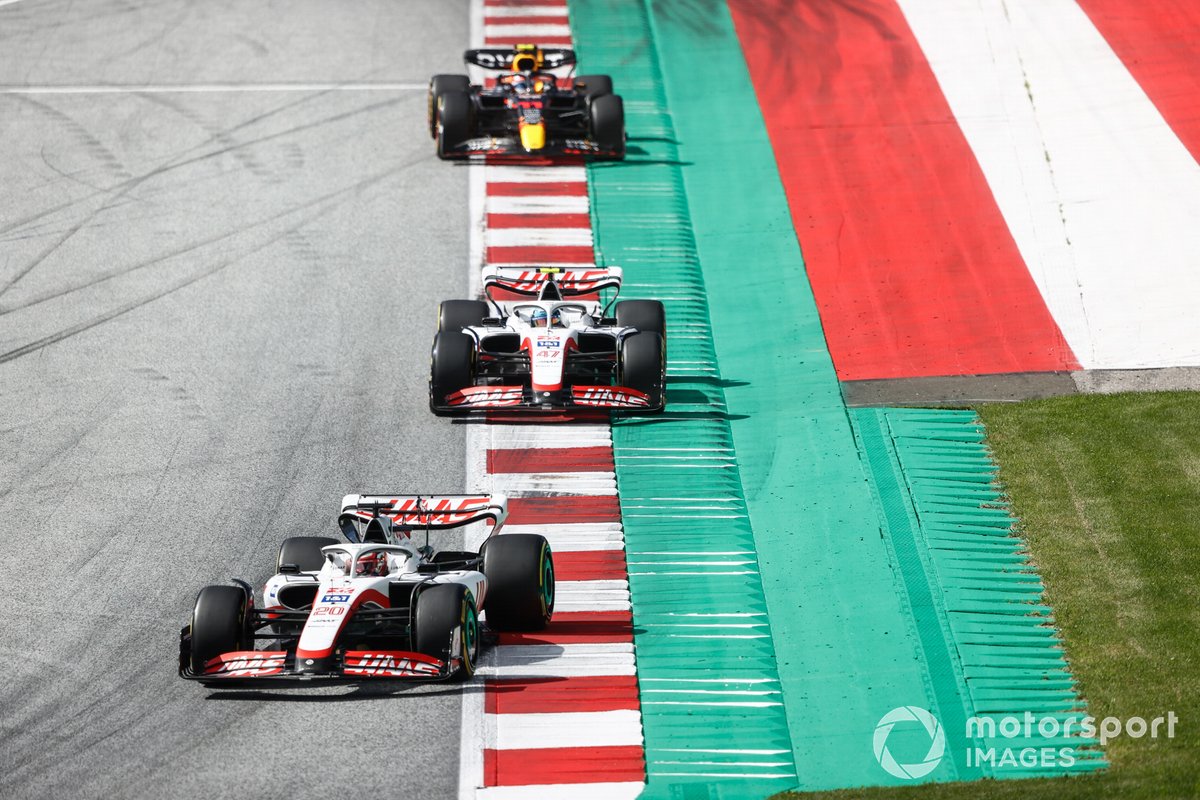 Norris received his five-second time penalty when he exceeded track limits after already receiving a black-and-white flag warning for his third breach.

The McLaren driver said that while he can “completely understand” the reason to ping drivers for the final two corners, he was frustrated the stewards were pinging drivers for going off at Turn 1 where they would lose time anyway.

“I had one in Turn 1 or wherever my penalty was, Turn 1, and I just like locked up the front tyre, I hit the sausage [kerb], I’ve lost like a second up the hill - and then I just get track limits for that,” Norris said.

“I’ve been punished enough, because I’ve lost one second. It’s a bit stupid, some of them. And it’s life and it’s the same for everyone, and we want consistency and so on.

“It’s a difficult track to judge the limits so finely on.”

Mick Schumacher acknowledged that track limits had been “a very big problem” during his time in Formula 2, but thought it was still “something to be discussed” after Austria.

“It does look a bit silly if for going a centimetre of track you get a penalty of five seconds, and most of the time when you go off you don’t gain any lap time, which is worse,” Schumacher said.

"It’s something to be discussed, something to see if we can improve it for the next event because I think in Paul Ricard especially it will be a big concern.”

In the aftermath of the race, the FIA sent out a reminder that the white line’s usage as the edge of the circuit “has been implemented following discussions with the drivers and teams to improve consistency and clarity for the competitors and fans” regarding track limits.

The FIA added: “The number of penalties today is proportional to the number of infringements of Article 33.3 of the Sporting Regulations, with drivers during the race given two 'strikes' for crossing the white line with all four wheels, followed by a black and white flag for the third infringement, and referral to the stewards for each subsequent infringement.”