There have been huge queues entering and leaving the circuit each day, and many fans with tickets reported on social media that they have given up and turned back.

Although some efforts were made by the police and local authorities to improve the situation for Saturday, the problems have persisted.

"I know after the first day they changed the way they were doing things.

"It is physically limited, if you have a race in a beautiful part of the world, you're not going to have a six-lane highway servicing it."

Brawn said he had sympathy with fans, and especially those who wasted their tickets.

"It's very frustrating for them, and I can understand that frustration," he said. "We'll see what we can do in the future.

"Ourselves and the promoters will look at the situation after the weekend and work out how it can be improved.

"It's a paradox, because it's a measure of the popularity of the event. 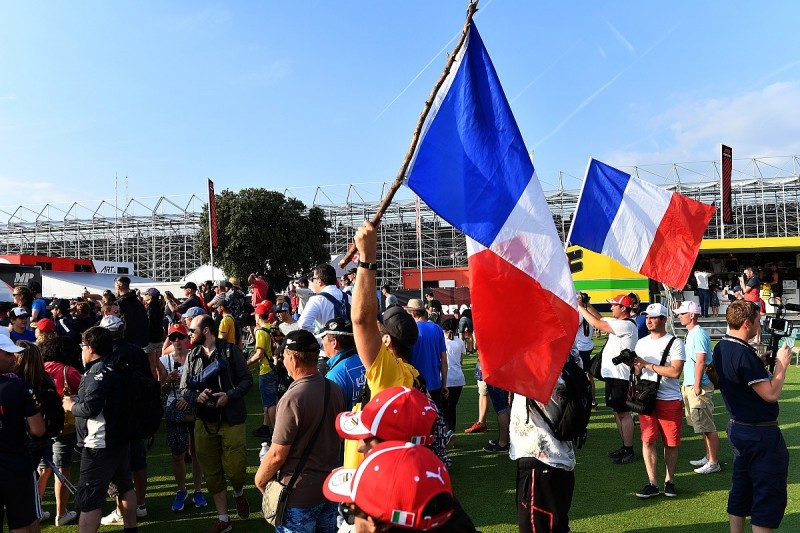 "But what we don't want to do is have fans put off because it becomes too much of an epic to get to and from the circuit.

"Anything we can do to improve that will obviously be to the benefit of everyone."

The French GP's return to the calendar was one of the last deals completed by Bernie Ecclestone before he was ousted.

Despite Liberty's focus on street races in what it calls "destination cities" Brawn says it is also important for F1 to retain the traditional European venues.

France is the first of a run of seven races on the continent that also includes Austria, Britain, Germany, Hungary, Belgium and Italy.

"You need both," Brawn said of the balance of historic tracks and new street events.

"This is a classic, iconic circuit, and the French GP is very important.

"We're very keen on street races, or city centre races, because it's a more complete event.

"But we're equally enthusiastic about the classic race circuits, they're our heritage and they're really important."