Max Verstappen will start from pole position for the Formula 1 Canadian Grand Prix after topping qualifying. Here's how and when you can watch the race.

The Red Bull driver dominated qualifying to secure his second pole position of the season in mixed conditions, beating nearest rival Fernando Alonso, who clinched his first front-row start in F1 in 10 years.

Alonso’s impressive feat saw Carlos Sainz shuffled back to third place for Ferrari, as he led the charge for the Italian squad with Charles Leclerc already set to start the Canadian GP from the back row of the grid due to his engine change penalty.

But Verstappen was also left to fly solo in Q3 for Red Bull, as team-mate Sergio Perez crashed out in Q2 in the wet conditions which has left him down in 13th place for the race.

In a shaken up grid order, Haas enjoyed a stunning qualifying with Kevin Magnussen in fifth and Mick Schumacher in sixth, ahead of Alpine’s Esteban Ocon.

George Russell was the only driver to gamble on dry tyres in Q3 and the risk backfired as he skidded off on his final lap, leaving him to drop to eighth place for Mercedes. 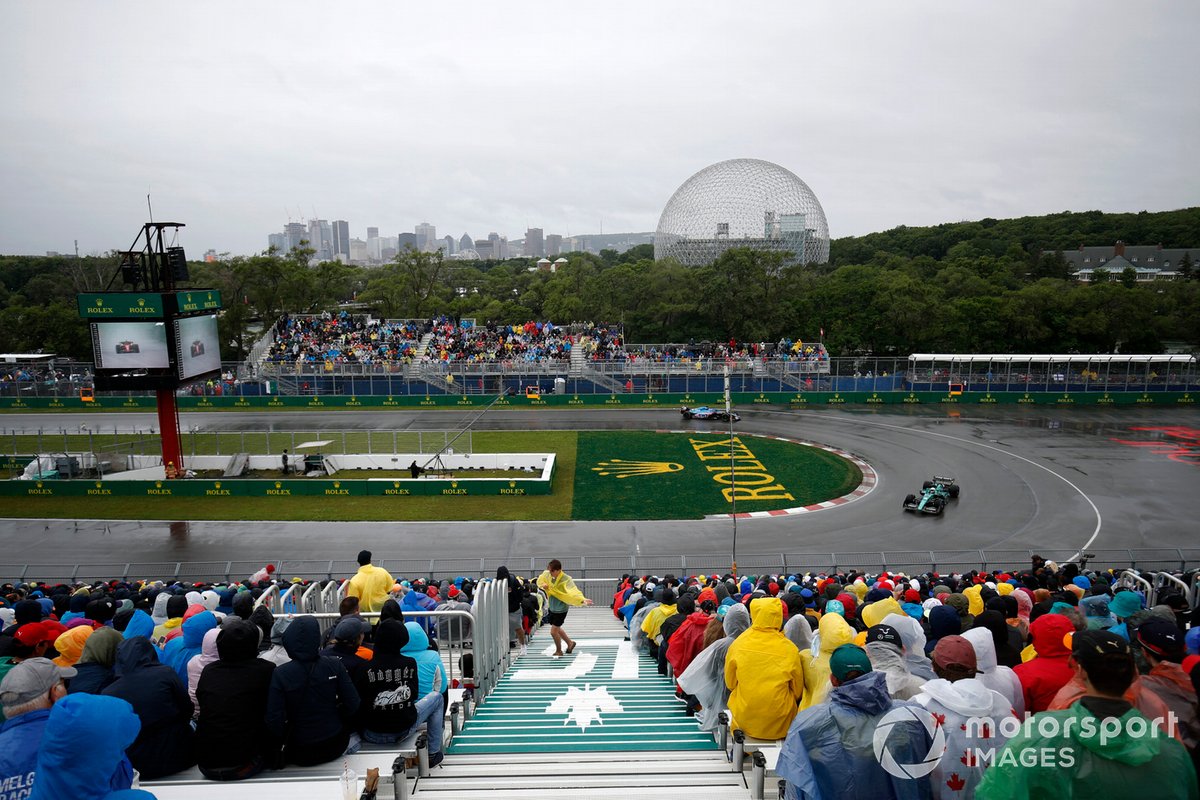 When is the F1 Canadian Grand Prix?

Fans wanting to watch the race for free will have to wait until the morning of Sunday (qualifying) or the evening of Sunday (race) to see the highlights on Channel 4.

How can I watch the F1 Canadian GP?

Autosport will be running a live text coverage of the Canadian GP here. 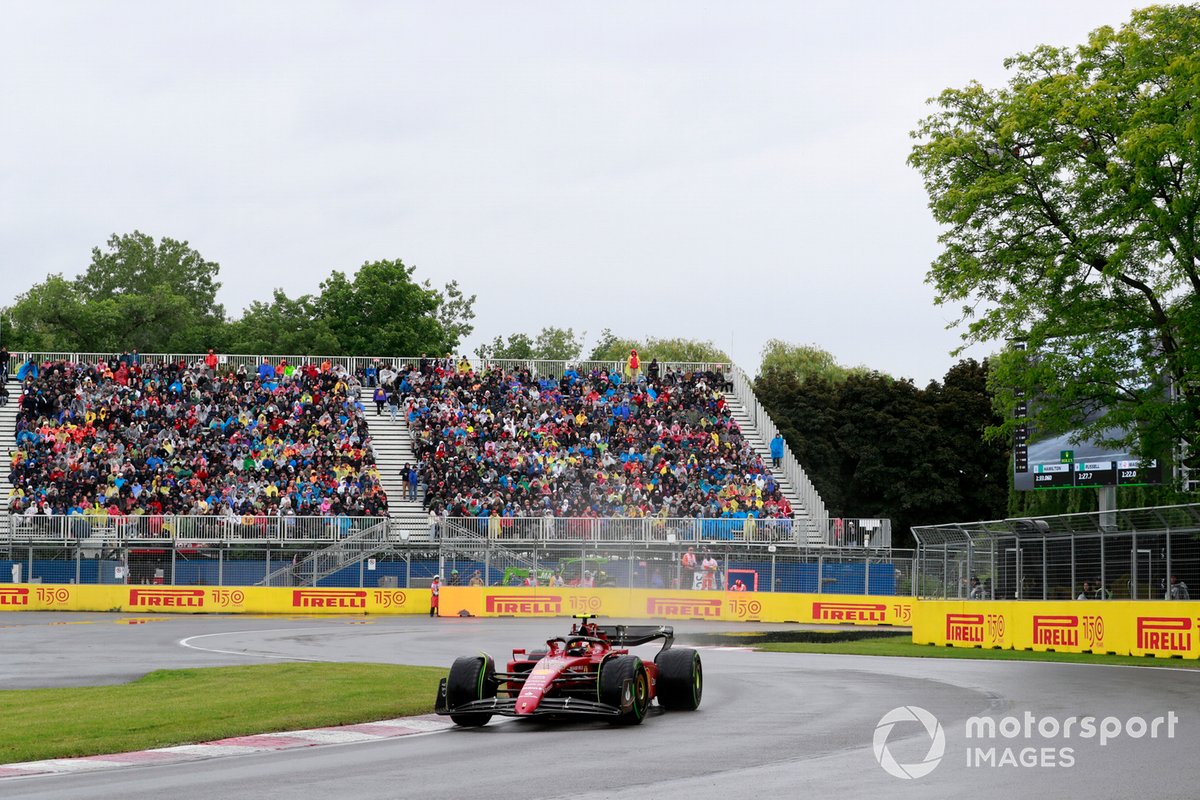 When can I watch the F1 Canadian GP highlights?

In the United Kingdom Channel 4 is broadcasting highlights of the Canadian GP at 11:00pm BST on Sunday evening. The full programme will run for one hour and 30 minutes, covering the pre-race, the race highlights and the initial post-race reaction to wrap up the major talking points of the race weekend.

Will the F1 Canadian GP be on the radio?

Live coverage of the Canadian GP will start at 6:30pm BST on BBC Radio 5 Live and on the BBC Sounds app. 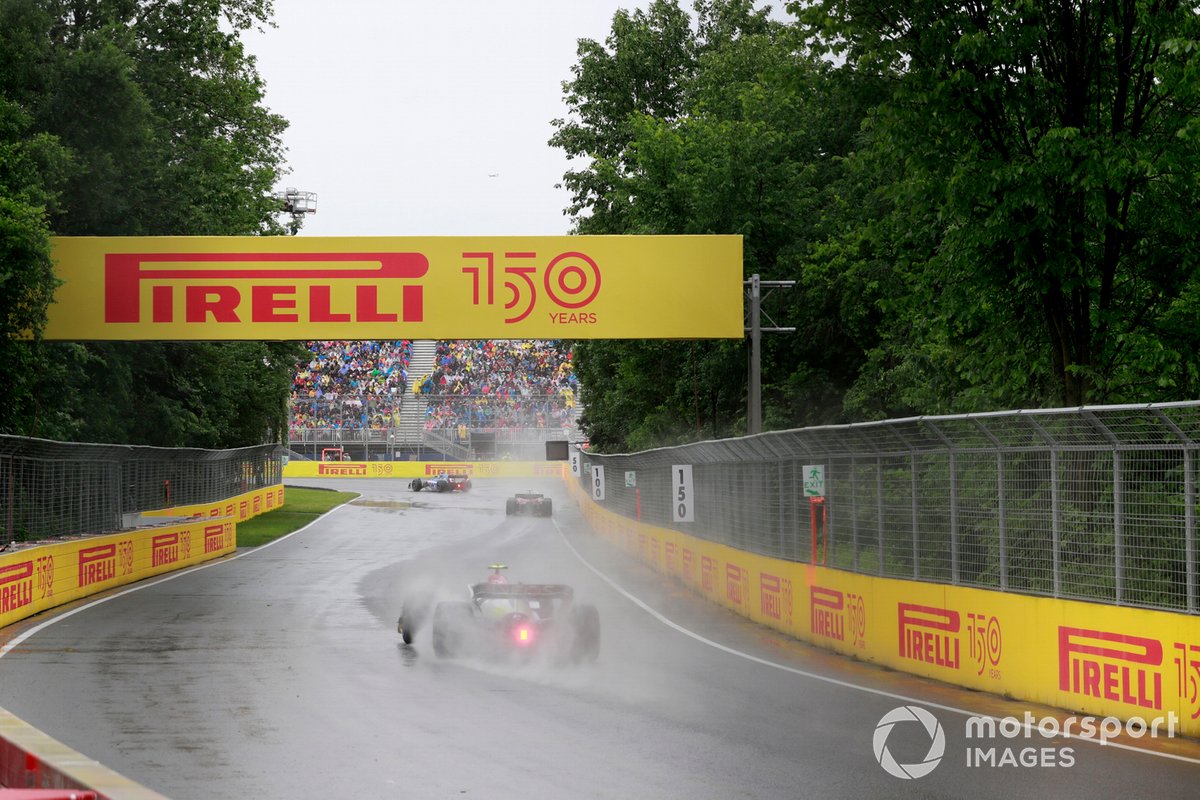 Current weather forecasts predict sunny and warm conditions at the Circuit Gilles Villeneuve in Montreal, with a low chance of rain. The temperature is expected to be 19 degrees Celsius for the start of the race, 10 degrees colder than the Azerbaijan GP last time out.

How many laps is the F1 Canadian GP?

The race is scheduled to complete 70 laps at Circuit Gilles Villeneuve, covering a total race distance of 305.270km.