Charles Leclerc will start from the back of the grid in Formula 1's Canadian Grand Prix after electing to take new power unit components.

The Monegasque driver, who is fighting Max Verstappen for the F1 world title, had already been set for a 10-place grid drop as the result of a new control electronics on Saturday.

However, during final free practice on Saturday morning, the FIA announced that Leclerc will take a number of new power unit components for the remainder of the Montreal weekend.

The new internal combustion engine, turbo, MGU-H, MGU-K is enough to mean that Leclerc will start from the back row of the grid alongside AlphaTauri's Yuki Tsunoda, who also has a new engine fitted.

Leclerc's teammate Carlos Sainz has also taken a new internal combustion unit, which is his third and final of the season so he is not subject to any penalty.

Ferrari’s decision to give Leclerc a fresh engine for the Canadian GP comes after a run of two failures in the past three races.

He retired from the lead in both the Spanish and Azerbaijan Grands Prix with powerunit problems. 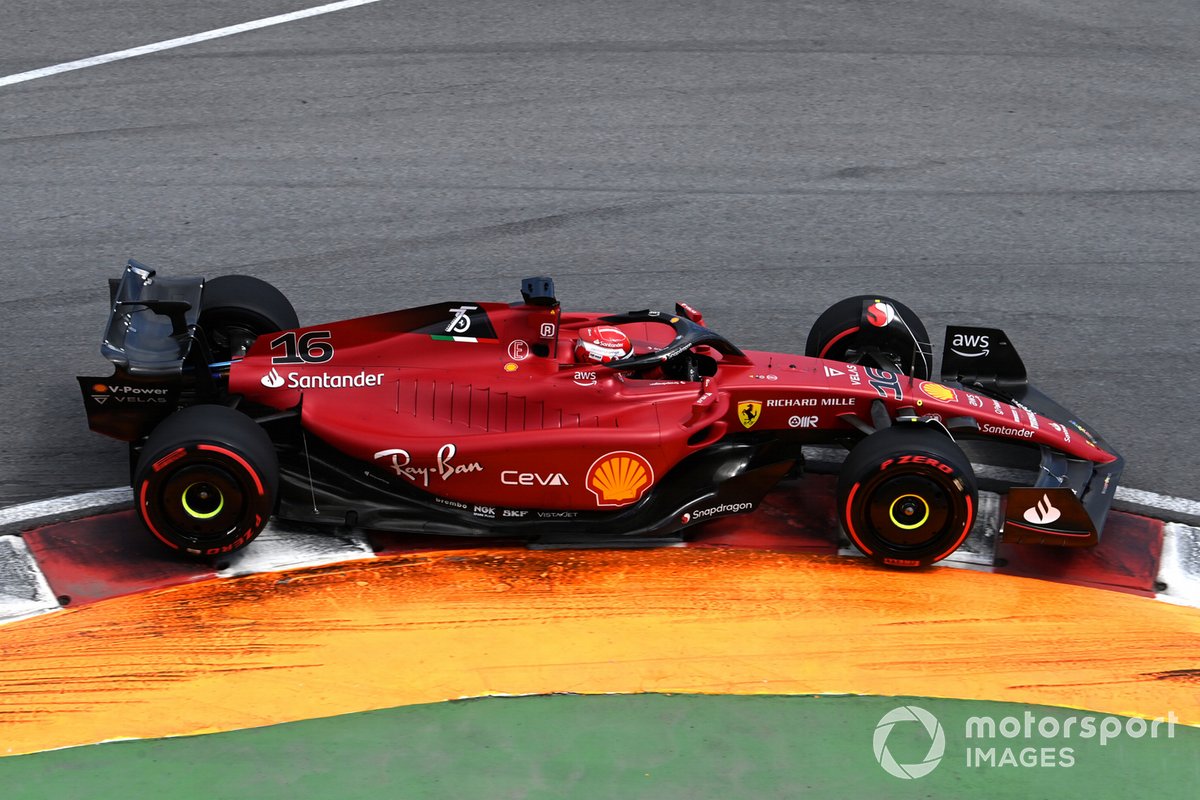 In Spain, the issue meant that he lost a turbo and MGU-H, while the failure in Baku ensured that the powerunit was beyond repair.

Leclerc moving on to his extra components at this stage of the year, allied to the earlier losses, means that with more than half the season to go he will likely have to take further penalties before the end of the campaign.

While Leclerc has been disappointed with the recent slump in form, he says that the promising pace of the car – which has been fastest overall recently over a single lap – gives him encouragement for the future.

“We are aware of the pace there is in the car. So in this, we find a confidence,” he told Autosport.