F1: Alonso was right to leave Ferrari for McLaren - Boullier

The opening few months of Alonso's return to McLaren have been plagued with difficulties, not least his crash in the second pre-season test at Barcelona, the scene of this weekend's Spanish Grand Prix.

Although the double world champion has since returned to the team, the Honda-powered car has been beset with a number of issues, notably a lack of power which has led to Alonso and team-mate Jenson Button struggling at the back of the grid.

In contrast, Alonso's former team Ferrari has made considerable strides, emerging as the nearest championship challenger to Mercedes, including a win for new signing Sebastian Vettel in Malaysia.

It would be easy to suggest Alonso made a bad career move, yet Boullier told AUTOSPORT: "I don't think he made the wrong decision.

"He spent five years there and it didn't work out, and I guess like many sportsmen he looked for a new challenge, if I may say this.

"Coming back here, as he said 'to finish the unfinished business', he knew the project would be difficult to start with because it is very, very young. 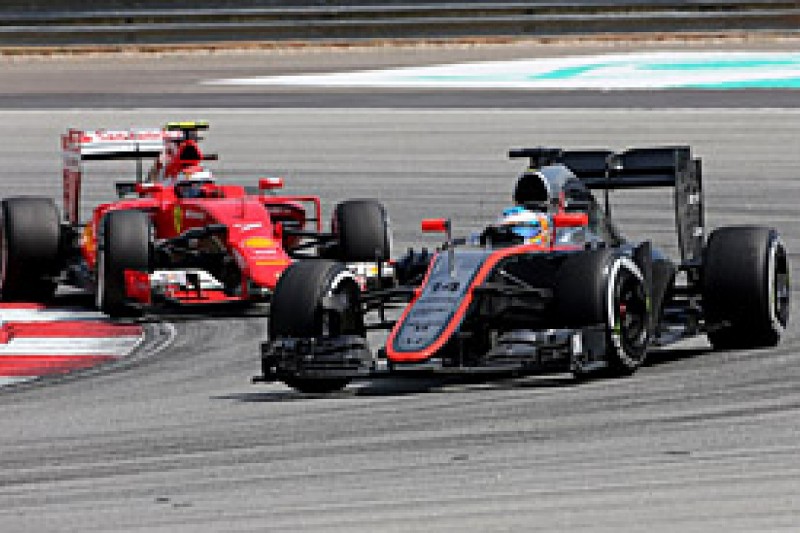 "The drivers know it's going to take time, but they can see the progress at every race, and the way we understand what is happening, what we want to do, how we are building what we want to achieve, and this is very important for them."

Despite Alonso knowing upon returning to McLaren the prospect of another victory was a long way off, Boullier has still been impressed by the way the 33-year-old has handled the adversity that has come his way to date.

"It has not surprised me at all the way he has embraced the issues we have faced," added Boullier.

"I've had some experience with a couple of high-level drivers in the past.

"In some way they're parrots - they are competitive, and they want to win.

"If they can't win they need to be reassured we will be doing good enough in the future.

"Once you click and you get the trust then it is OK."